Fall foliage: Why are the vibrant colors missing this year?

Mother Nature seems to have sabotaged the fall color show this season in Virginia and the problem stretches up to New York state. One reason for the lackluster foliage is the unusually dry weather in August and September.
Listen now to WTOP News WTOP.com | Alexa | Google Home | WTOP App | 103.5 FM
(1/5) 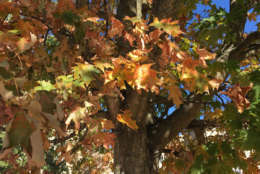 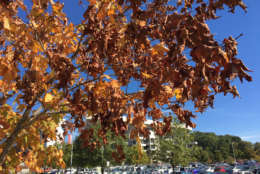 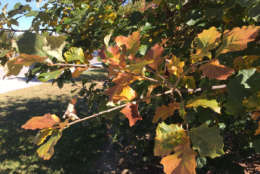 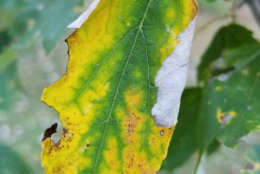 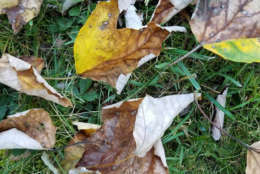 WASHINGTON — You might have noticed that this year’s fall foliage season seems to be missing something: The normal brilliant color show just isn’t there this year.

It seems Mother Nature has sabotaged the fall color show this season in Virginia and the problem stretches up to New York state.

One reason for the lackluster fall foliage season in Virginia was the unusually dry weather in August and September, Seiler said.

This could be one of the least colorful seasons we’ve seen in years, he said.

Overall, changing leaf colors are more muted and the leaves are coming off early, Seiler said. And that means you won’t be seeing those beautiful tree lines with the brilliant reds and pretty yellows this year.

Instead of the leaves changing to beautiful brilliant colors and staying that way for about a week, “They’re looking as though they’re just turning a yellow-brown color,” he said. “There’s not a lot of good reds coming out.”

The recent rainfall associated with Tropical Storm Nate might have helped some, but he said it’s too late for certain types of trees and leaves. “Lack of rain speeds up the process of trees dropping their leaves, as they quickly change from green to yellow to brown,” he said. “It is especially true for some species such as hickories, maples and poplars.”

Seiler says there is still a little bit of a color show out there. But this year you’re going to have to hunt for them.

So when is peak viewing for the leaves? This year that’s a tough question. But Seiler said for the Blacksburg area where Virginia Tech is located, it’ll be the weekend of Oct. 28 and for D.C. it will be a little later than that.

Colleagues in New York and other states are posting photos on social media and are complaining about the same problems with this year’s fall foliage, he said.

Meanwhile in Maryland, Gregg Bortz with the Maryland Department of Natural Resources said this year’s fall foliage in the state is not as great as previous years because of the dry conditions, followed by rain and high winds which have impacted the vibrancy of the color of the leaves and peak.

He said there are patches of brilliant color in Western and Central Maryland. 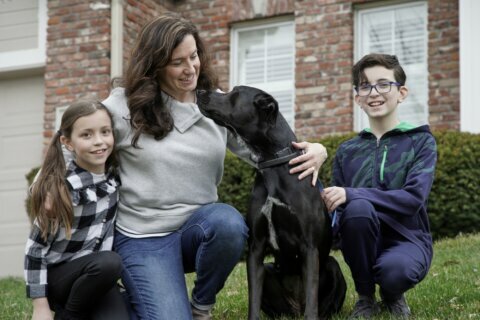