While the Federal Communications Commission works with phone carriers to help consumers who have been bombarded with robocalls, consumers can take steps to help themselves. In part three of her series Robo Rage, WTOP’s Megan Cloherty shares tips phone customers can use to reduce the number of incoming robocalls.

This is Part 3 of “Robo Rage,” WTOP’s series on robocalls and their impact on the D.C. area. Read Part 1. Read Part 2.

WASHINGTON — Federal agencies are working furiously with mobile carriers and on new technology to stop robocalls. But there are steps consumers can take to reduce the number of robocalls they receive, starting with a change in their call behavior.

“Just the mere fact you answer will put you on the list,” said Alex Quilici, the CEO of YouMail, a call-blocking app. He understands the temptation to tell a robocaller to lose your number or ask it questions in return. But that approach backfires.

“A good number for them is one that answers the phone. So if it ever asks you to press 9 to get off the list. Don’t. Pressing 9 will put you on the list,” he said.

The key to staying off a list is making the robocalling computer think there’s no one at your number — so just don’t answer. Even silently answering registers as a connection that confirms your number is good.

Why can’t they be stopped?

“There are folks beyond our borders who are difficult to reach,” said Federal Communications Commission Chairman Ajit Pai.

Even if a consumer’s number is listed on the Do Not Call Registry, robocallers are willing to risk legal action to scam you, Pai said. The registry list only applies to legitimate businesses, not unlicensed companies like most robocall operations.

Some U.S.-based companies are also willing to take the risk to net a larger reward.

“The FCC just fined someone in Florida $120 million for approximately 100 million robocalls they were able to know about. That was for a travel scam,” Quilici said.

Based on the nation’s population of 350 million, every third person in the U.S. got a call from that one operation.

Robocalls are the No. 1 consumer complaint to the FCC, Pai said. The commission has been working with carriers like Verizon and AT&T since March to find solutions, including exploring call-authentication technology. But identifying spoofed numbers is tricky, which is why robocalling is difficult to stop, Pai said.

However, some robocalls are legal, including those consumers opt in to receive, as well as those that are political or charitable in nature.

Just as consumers flag emails as spam, Quilici said, it takes work to reduce robocalls. He said consumers can reduce the frustration of robocalls by using a call-screening service.

“Aside from the service, you really do have to change your behavior. You can’t jump and answer every call,” Quilici said, stressing the importance of letting the call go to voicemail.

Consumers can download a third-party app that’ll help screen incoming calls. It will eventually block numbers it recognizes as robocalls. However, most call-blocking apps require consumers to sync with their contact list, so that the app knows which numbers are known contacts.

Consumers can enable the call-blocking technology that comes standard on their cellphone to blacklist repeat calls from one number. A cloud service is also an option. So is an internet phone service (aka voice over internet protocol, or VOIP). Such services can screen calls before the phone rings.

Ensure your phone number is listed on the Do Not Call Registry, which will reduce the number of robocalls and telemarketing calls. Phone owners can also report suspicious numbers to the registry.

Don’t answer an unknown number and don’t give out personal information over the phone. If you’re unsure with whom you’re speaking, hang up and look up the correct number to contact the company.

“Don’t just call numbers back. That’s how you get into trouble,” Quilici said of double-checking that the unknown number is registered with a legitimate company.

While carriers now have the ability to block calls, some are also implementing new technology that can benefit consumers.

“I would encourage customers to call up their carriers to figure out what tools are available,” Pai said. 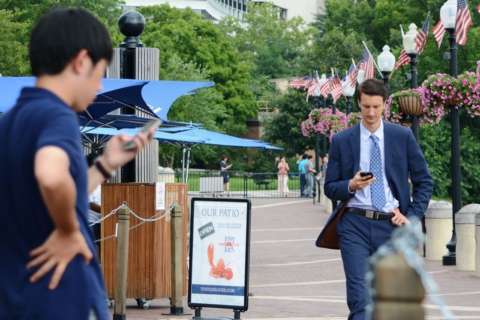 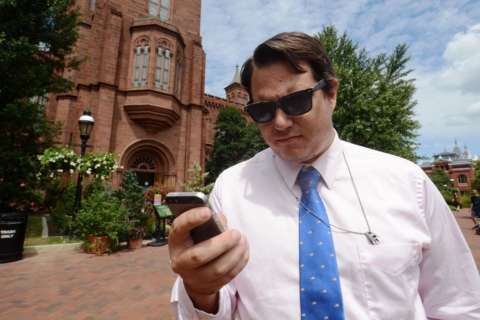