WASHINGTON — Several key questions remain unanswered, days before convicted sex offender Lloyd Lee Welch is expected to enter a plea and accept a life sentence in prison for the 1975 murders of 12-year-old Sheila Lyon and her 10-year-old sister Katherine of Montgomery County, Maryland.

WTOP reported Wednesday Welch will enter a plea Friday in Bedford County Circuit Court in Virginia, admitting his role in the murders of the Lyon sisters, who were last seen at Montgomery County’s Wheaton Plaza on March 25, 1975.

In addition, as part of the global plea, Welch will plead guilty to raping a young girl in 1996 in Prince William County, Virginia. He was indicted earlier this year for rape, object penetration, indecent liberties and aggravated sexual assault.

Despite news of the plea, which would spare the Lyon family the pain of a trial, many questions about the abduction and eventual murder that traumatized the region 42 years may not be answered until Welch’s Tuesday plea hearing.

Will Welch admit to killing the Lyon sisters?

Sources tell WTOP that despite the many statements Welch has made to detectives since becoming a person of interest, Welch, who is now 60, has never admitted he killed the girls, and there is nothing to suggest he would make such an admission Tuesday.

That leaves open the possibility of an Alford plea, in which Welch would not admit guilt, but would acknowledge prosecutors had enough evidence to find him guilty beyond a reasonable doubt. In return, Welch would receive a life sentence, rather than risk a capital murder conviction.

Where are the Lyon sisters?

Welch was indicted by a multi-jurisdictional grand jury in 2015, charged with two counts of first-degree felony murder during an abduction with the intent to defile, even though the Lyon sisters bodies have never been found.

Prosecutors had acknowledged “no body” murder cases are more difficult to try, but have said the evidence in this case would support a conviction.

Sources close to the investigation have said one condition of a plea agreement would be that Welch would have to provide information of what became of the girls’ remains.

Prosecutors have alleged Welch put bloody duffel bags in a fire burning on Welch family property on Taylor’s Mountain, in Thaxton, Virginia, during an unexpected visit in spring 1975.

However, court documents have not specified that any items discovered in several digs of the property can be linked to the Lyon sisters.

Will Welch be charged in Montgomery County?

Sources tell WTOP Maryland prosecutors in Montgomery County have been contemplating charging Welch, since the girls were abducted in the county.

Additionally, Bedford County prosecutors court affidavits allege Welch told detectives at least one of the Lyon sisters was sexually assaulted by his uncle, Richard Welch, in the days after the girls’ kidnapping. Richard Welch has never been charged.

Will Welch implicate or exonerate others?

In announcing the indictment of Lloyd Welch in 2015, Bedford County and Montgomery County authorities named Richard Welch as a person of interest, and said several other family members had conspired to shield investigators from the truth about what happened to the Lyon sisters.

Richard Welch has never been charged, and his daughter, Patricia Ann Welch has maintained her father’s innocence.

Several Welch family members were charged in Bedford County with lying to the grand jury — two were sentenced to probation. One case was dismissed.

It remains unclear whether Welch will address the role of other people, while entering his plea, Tuesday. 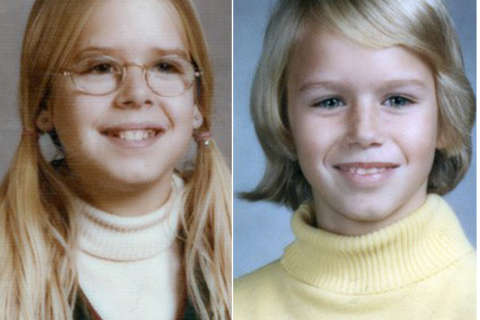 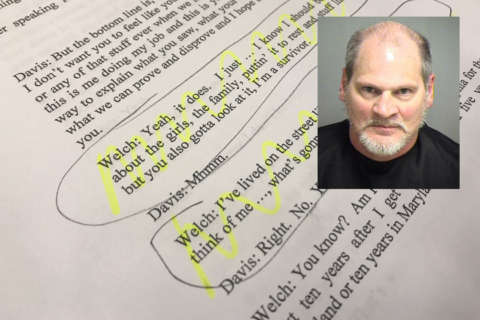