‘Like a mountain lion in your landscape’: Praying mantises will attack birds

The praying mantis is considered a beneficial bug in that it eats annoying insects such as stink bugs — but they also can consume backyard birds.
Listen now to WTOP News WTOP.com | Alexa | Google Home | WTOP App | 103.5 FM

Washington — The praying mantis is considered a beneficial bug in that it eats annoying insects such as stink bugs — but they also can consume backyard birds.

“There have been several reports, and some of these I think are validated through images and videos of large praying mantises actually capturing small vertebrates, including things like hummingbirds,” University of Maryland entomologist Mike Raupp said.

“It’s like having a mountain lion in your landscape,” Raupp said, based on personal experience.

At his Maryland home, Raupp observed an encounter between a mantis and a cardinal.

“When my spouse went out to break up this fight, she recovered the mantis, and it proceeded to eat a cardinal feather,” Raupp said. “So, I have no doubt that these mantises are capable of handling very large prey including things like hummingbirds.”

But, Raupp said mantises also help the ecosystem by reducing pest populations such as the home-invading, crop-munching, brown marmorated stink bug. Raupp said numerous species of mantis now are using the stink bugs as a food source since it first was observed near Allentown, Pennsylvania, in the mid-1990s.

“I had an interesting email from a farmer in Southern Maryland who said he had an outbreak of praying mantises in his fields, and he thought they were reducing the populations of stink bugs there,” Raupp said.

The largest mantis in the region, the Chinese praying manitis, is an import from China and Japan first documented in a suburb of Philadelphia in the late 1890s, Raupp explained.

Raupp finds it ironic that nearly exactly 100 years after the Chinese mantis arrived, that it’s been reunited with former prey from its old stomping grounds: the Asian brown marmorated stink bug.

“It’s kind of like Hannibal Lector having an old friend over for lunch,” Raupp quipped.

To mitigate mantis hummingbird predation, Raupp advised isolating hummingbird feeders from neighboring vegetation. Even though mantises can fly, they typically walk from place to place to gain access, for example, to a bird feeder hunting ground. 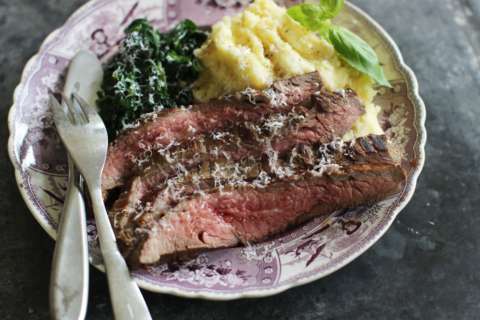 A tick bite that results in a meat allergy? Cases creep up in US 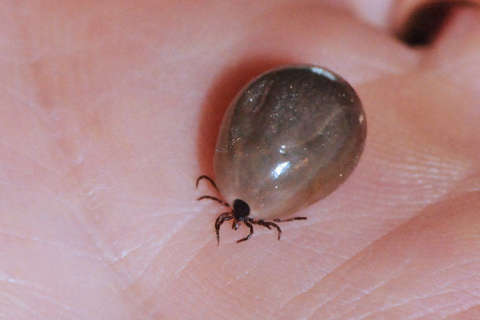 DC-area tick population booming; how to protect yourself