The percentage of commuters in D.C. biking to work is now among the highest in the nation. Still, biking to work has been slow to pick up in the suburbs. Here’s a look at where people in the D.C. region are biking to work and the logistics of biking in the ‘burbs.
Listen now to WTOP News WTOP.com | Alexa | Google Home | WTOP App | 103.5 FM

WASHINGTON — Over the past few years, you’ve probably grown used to seeing more bike lanes along D.C. streets — and more cyclists zipping down them, too.

In fact, the percentage of commuters in D.C. opting for two wheels ranks third in the nation.

Among large U.S. cities, D.C. leapfrogged over Seattle between 2010 and 2015 to become No. 3 in the percentage of people who bike to work, according to data collected by the federal government.

The District is now tied with famously bike-friendly San Francisco in the proportion of its population that bikes to work.

To coincide with the D.C. region’s Bike to Work Day on May 19, WTOP examined where people are biking to work in the D.C. area and talked with experts, advocates and enthusiasts about what’s behind the increase.

How many people around DC bike to work?

In Bloomingdale in Northeast and in Mt. Pleasant and Petworth in Northwest, well over 20 percent of residents regularly commute to work by bicycle, according to D.C. city data based on the census statistics.

And the federal data may actually undercount the total number of cyclists in the D.C. area, advocates said, because occasional cyclists and those who bike part of the way to work before transferring to Metro are not counted in the tally.

The Metropolitan Washington Council of Governments, which also surveys the region’s residents for its “State of the Commute” study, reported an average 16 percent of D.C. residents commute to work via bike when those groups are counted.

That’s up from 10 percent in 2013, the last time the study was compiled, said Nick Ramfos, a transportation planner with the council, who called the uptick a “dramatic jump.”

In addition to Capital BikeShare, which has installed more than 400 depots of rentable bikes around the region since 2010, the District has also rolled out the welcome mat on protected bike lanes on city streets.

“By making biking feel safe and convenient, you get more people doing it,” said Collin Browne, communications director for the Washington Area Bicycling Association. “And I have no doubt that we’ll continue to see an increase over the next few years, as well as more infrastructure goes in.”

Biking in the ‘burbs

Still, biking to work has been slow to pick up outside D.C.

Overall, just over 1 percent of commuters in the entire D.C. region — which includes not only the District but also the area’s suburbs and further outlying counties — get to work by bike, according to the “State of the Commute” report.

In Fairfax, Loudoun and Prince William counties in Northern Virginia, the percentage of residents riding two wheels to work is even smaller, according to the census data.

“Some of it is purely distance, but again, I think a lot of it boils down to infrastructure and, especially as you get out into the suburbs, the sort of quality of infrastructure varies a lot,” Browne said.

Still, even in Northern Virginia where upward of 80 percent of commuters drive to work, there are biking havens, according to the statistics. In Falls Church, about 1.5 percent of residents reported biking to work, per the census data, double the percentage in neighboring communities in Fairfax. And in a small enclave near the West Falls Church Metro, known as Pimmitt Hills, more than 3.4 percent of residents reported biking.

The Fairfax Alliance for Better Biking are advocates for more bike lanes and other bike-friendly planning in Fairfax County.

The group’s efforts appear to be paying off.

This spring, the League of American Bicyclists awarded Fairfax County a “bronze medal” on its ranking of bike-friendly communities — the county’s first showing on the annual list.

“That shows that there’s a commitment” to improve biking, Anderson said. “A couple of years ago, I think they probably would’ve struggled to get honorable mention.”

Key to biking in the ‘burbs is the network of bike trails that wind through Northern Virginia: The Washington & Old Dominion Trail, the Custis Trail and the Mount Vernon Trail.

The Washington and Old Dominion, or W&OD — known as the “Bicycle Beltway” among enthusiasts — is a 45-mile paved-over former railroad bed that stretches from Purcellville in rural Loudoun County to Arlington.

Alliance member Liz McGregor, who lives in Vienna, Virginia, has been biking to work for nearly a decade, making the nearly 30-mile round-trip ride from the outer reaches of Fairfax County to K Street in downtown D.C. most days of the week, she said.

You’ll generally find her pedaling down the W&OD trail, she told WTOP.

Over the years, she said she’s seen an increase in the number of people joining her on the trails.

“You sort of tend to get on a schedule and see the same people who are on that schedule, too,” she said. “At this point, it’s not unusual for me to meet up with somebody I know, and we’ll ride in together or ride home together in the afternoon.”

What to expect on Bike to Work Day 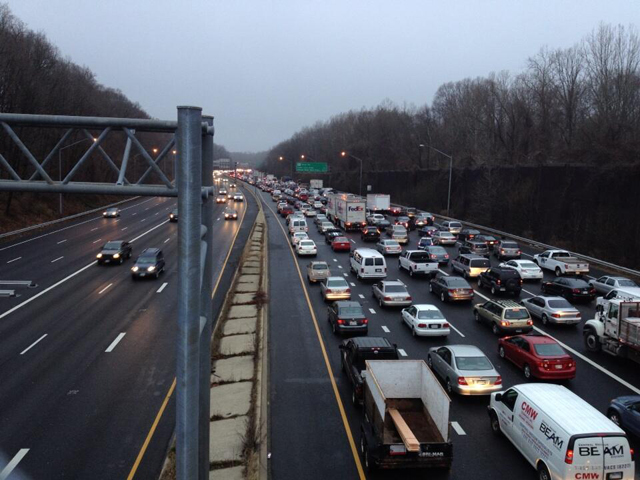 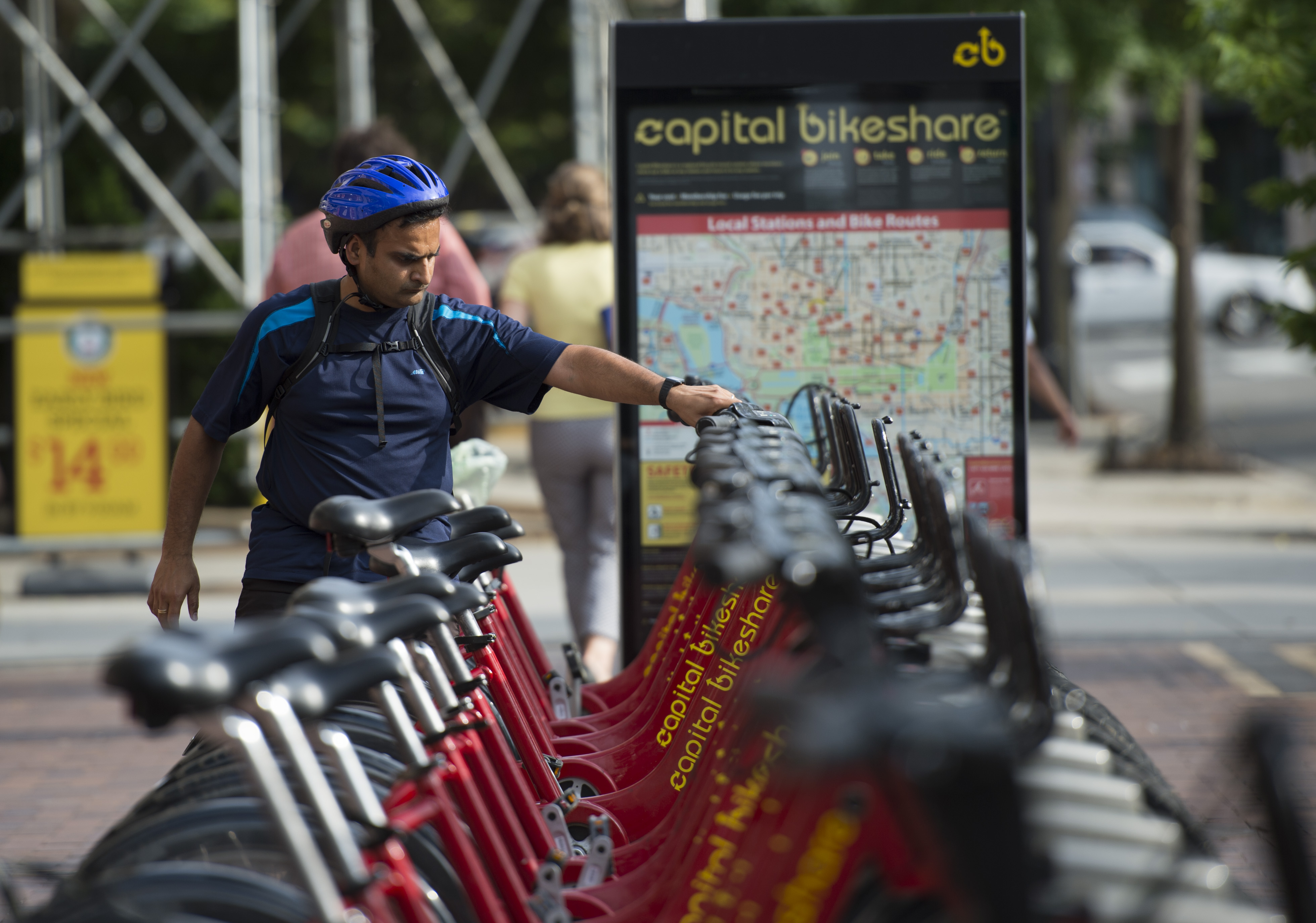 Bike commutes on the rise during Metro track work