Barron Trump to attend elite Md. private school (Plus, where other first kids went to school)

First lady Melania Trump announced Monday her 11-year-old son, Barron, will attend St. Andrew's Episcopal School, a private coed school in Potomac, Maryland, after they move to D.C. this summer. Here's where the children of past presidents attended school in and around D.C.
(1/7) 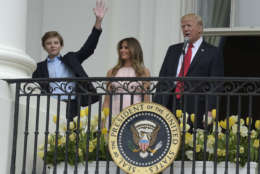 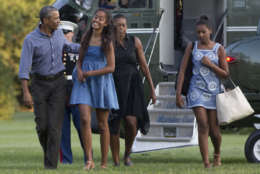 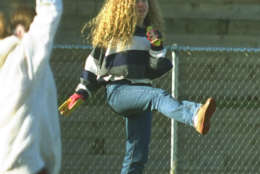 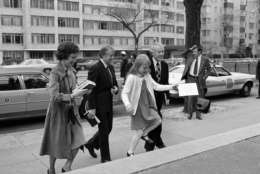 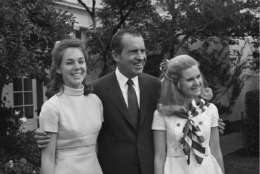 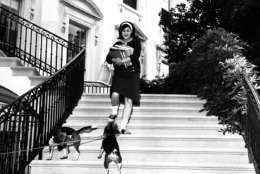 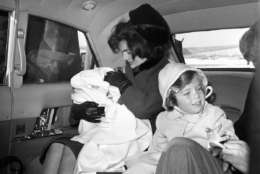 WASHINGTON — Come next September, you might spot a White House motorcade zipping around D.C. on its way to a small enclave of stately brick buildings situated in Montgomery County, Maryland.

About 580 students attend the school, which runs from prekindergarten to 12th grade, with an average class size of 15 students. Tuition for grades 6-8 runs about $38,590 a year. Barron currently attends Columbia Grammar and Preparatory School in Manhattan’s Upper West Side.

St. Andrews is situated in one of the D.C. area’s toniest suburbs — frequently cited by Forbes as Maryland’s richest ZIP code — and is located about 20 miles northwest of the White House.

Via one possible route on the George Washington Parkway, Google Maps indicates the trip to school from the White House will take about 35-40 minutes — and that’s without D.C.’s infamous morning traffic crunch.

No other presidential children have attended the school, which was founded in 1978. Famous alumni include Pierre Omidyar, the founder of eBay and the TV comedian Whitney Cummings.

The choice of St. Andrew’s marks the first time in recent history that a president’s child of school age did not attend Sidwell Friends, a private Quaker school located off Wisconsin Avenue in D.C.’s Cathedral Heights neighborhood.

President Barack Obama’s two daughters, Malia and Sasha, both attended the school (Sasha is actually in her sophomore year there; Malia graduated last year and is in a gap year), as did former first daughter Chelsea Clinton, who graduated in 1997.

The daughters of President George W. Bush were college-aged by the time their father came to D.C., and the children of Ronald Reagan and George H.W. Bush were all adults when their fathers were elected.

“There’s a whole lot of mean boys in this school,” a third-grader told the Post reporter, “but nobody messes with Amy.”

The only other president to ever send his child to a public school was Teddy Roosevelt in 1904.

Luci Baines Johnson, Lyndon Johnson’s youngest daughter, attended junior high at the National Cathedral School for Girls. Then the daughter of the vice president, she was in Spanish class in November 1963 when another student burst into the room to announce to the class that President John F. Kennedy had been shot, according to a profile in Texas Monthly.

Caroline Kennedy, the daughter of President John F. Kennedy and Jackie, attended first grade in a special classroom set up on the third floor of the White House, according to the White House Historical Association. Ten of her friends were invited to take classes there alongside her.

Editor’s note: This story has been edited to correct a reference to Sasha Obama’s grade level at Sidwell Friends. She is a sophomore student there. It also corrects the timeline of the Nixon daughters’ attendance at Sidwell.