3rd tornado confirmed with path stretching from Va. to DC

A third tornado touched down during Thursday afternoon's severe storms spinning along for 4.5 miles from Virginia into D.C. damaging trees along the Tidal Basin and the roof of a church.
Listen now to WTOP News WTOP.com | Alexa | Google Home | WTOP App | 103.5 FM

WASHINGTON — A weak tornado tore the roof off a historic church in downtown D.C. on Thursday after traveling several miles from Virginia and damaging trees along the Tidal Basin.

The National Weather Service said Friday that the EF-0 tornado was first spotted at 1:39 p.m. and had estimated peak winds that reached 60 to 70 mph.

Damage from the confirmed tornado began at the Army Navy Country Club in Arlington County and ended at St. Aloysius Church on North Capitol Street about 1:45 p.m. The metal roof on the church was shredded and left dangling along the side of the building. Some of the rafters were torn from the roof of the pre-Civil War structure and landed several blocks away.

The tornado cut a path that was 25 to 50 yards wide and snapped trees at the country club, according to the weather service.

Two other similarly small tornadoes also touched down Thursday in Herndon, Virginia, and in Southeast D.C. The twisters were both rated EF-0 tornadoes, with winds that reached 60 to 70 mph. 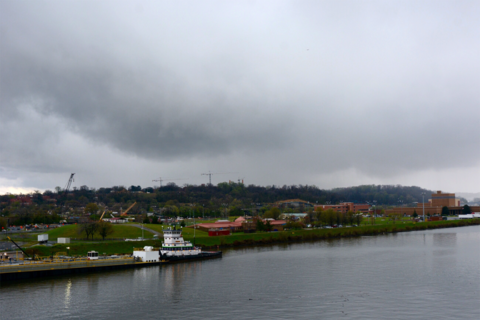 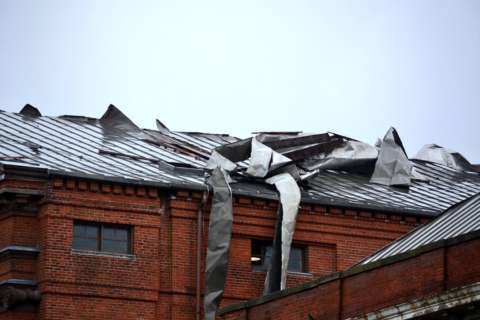 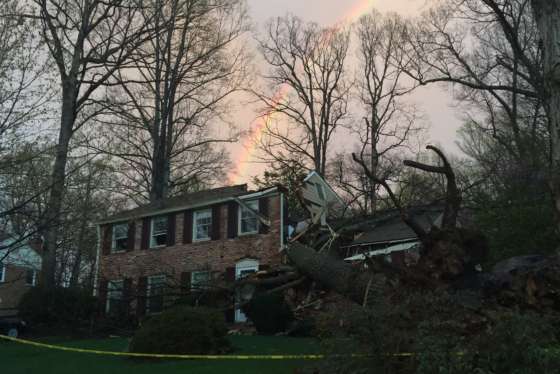