WASHINGTON — Leaflets in several different languages are turning up in the D.C.’s Maryland and Virginia suburbs advising people “Do Not Open Doors” for U.S. Immigration and Customs Enforcement officers; “Remain Silent” and “take notes of badge numbers.”

The activist group United We Dream says it has teamed with other social justice groups to distribute the leaflets in Montgomery and Fairfax counties.

The group says the leaflet distribution is needed because ICE has stepped up enforcement nationwide and in the national capital area.

“People are coming at 5 in the morning or in the middle of night in your house with guns … asking everybody for ID and fingerprints, that is rogue,” Pinto said.

A statement released Monday by Homeland Security Secretary John Kelly said recent ICE enforcement actions “targeted public safety threats, such as convicted criminal aliens and gang members, as well as individuals who have violated our nation’s immigration laws, including those who illegally re-entered the country after being removed and immigration fugitives ordered removed by federal immigration judges.”

But Pinto says the multi-language fliers are meant to hold families together.

“What we are talking about, these people, we need to keep in mind these are our mothers, our fathers; these are workers, someone’s brother or sister,” Pinto said.

Critics of illegal immigration say the handing out the leaflets may not be providing the best advice or telling the whole story.

“Resistance is not always the best way to handle this,” said Jessica Vaughn, director of policy studies at the Center for Immigration Studies. “It may cause them to get in more trouble than before.”

Vaughn says failure to cooperate with ICE officers at home might produce enforcement action in a public spot or at a person’s workplace.

The activist group says it will continue to hand out leaflets throughout the D.C. area to help people who are living in the United States illegal defend against enforcement. 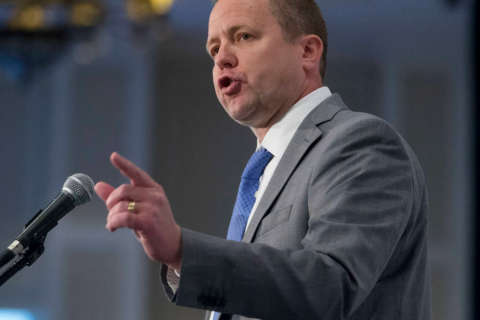