What Md. and Va. lawmakers will focus on as general assemblies begin

Lawmakers in Maryland and Virginia head back to work Wednesday for the start of their respective legislation sessions, which will feature a deeply divided legislature in Maryland and a Virginia governor looking to shape his legacy.
Listen now to WTOP News WTOP.com | Alexa | Google Home | WTOP App | 103.5 FM

WASHINGTON — Lawmakers in Maryland and Virginia head back to work Wednesday for the start of their respective legislation sessions, which will feature a deeply divided legislature in Maryland and a Virginia governor looking to shape his legacy.

In Maryland, partisan fighting is more pronounced than ever between the Democratic-controlled legislature and the Republican Gov. Larry Hogan. Senate President Mike Miller told The Baltimore Sun both he and House Speaker Michael Busch have been trying unsuccessfully to reach across the aisle and negotiate with Hogan.

“He’s gradually burning my bridges — the bridges I had built with him — and he’s never built bridges to Speaker Busch,” Miller told The Sun.

The governor’s spokesman, Doug Mayer, countered by saying Hogan has worked on issues that are traditionally championed by Democrats, including tax breaks for manufacturers and paid sick leave.

“The governor’s hopeful we can get things done,” Mayer told The Sun.

Leading up to the new session, the two sides have already been arguing over environmental and transportation policies. Hogan says his top priority is to repeal a law passed last year that requires transportation projects to be ranked before they can be funded, while Democrats plan to override Hogan’s veto of a bill aimed at expanding solar and wind power.

However, the two sides do have some common ground. They both say something must be done to address the growing opioid epidemic, and they must come to an agreement on spending cuts to close deficits estimated at $750 million, according to The Washington Post.

Meanwhile, in Virginia, lawmakers will consider plans to raise the minimum wage. The Richmond Times-Dispatch reports at least two bills have already been filed to increase the state’s minimum wage from the current federally mandated $7.25 per hour to $11.25 an hour or $15 an hour in the coming years.

Other issues on the table include criminal justice reform, economic development and increased spending for substance abuse and mental health treatment, according to The Washington Post.

Virginia lawmakers also need to figure out how to plug a $1.5 billion budget shortfall.

The new legislative session will be the final one under Democratic Gov. Terry McAuliffe. He will look to shape his legacy as he works with the Republican-controlled General Assembly.

“I tend to think Republicans majorities in the legislatures will continue to deny the governor a significant legacy on any issue that they would need to work on collaboratively,” Stephen Farnsworth, professor of political science at University of Mary Washington told WTOP.

He said Gov. Terry McAuliffe’s legacy will not be anything on the magnitude of former Gov. Bob McDonnell’s big transportation package. But he said that McAuliffe is increasingly focused on the issue of economic development, trying to diversify the state’s economy beyond the heavy defense industry.

“The governor’s legacy is likely to focus on these issues of economic development,” Farnsworth said.

McAuliffe is strongly backing Democratic Lt. Gov. Ralph Northam to be the state’s next governor. The Virginia gubernatorial Election Day is Nov. 7, with the primaries taking place on June 13. 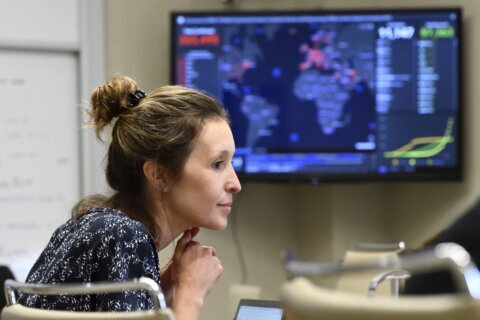 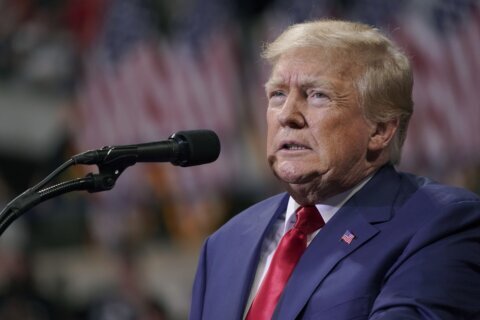