White Christmas: Will the DC area see snow on Dec. 25?

Just four times in the past 50 years has the D.C. region celebrated Christmas with 1 inch or more of snow on the ground. So will there be snow on the ground this year? Storm Team 4 Meteorologist Lauryn Ricketts breaks down the history and what the forecast says this year.
Listen now to WTOP News WTOP.com | Alexa | Google Home | WTOP App | 103.5 FM
(1/5) 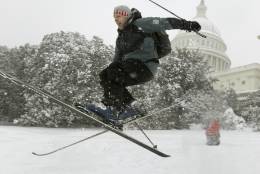 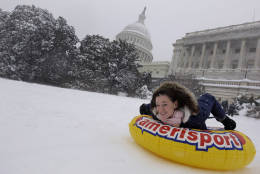 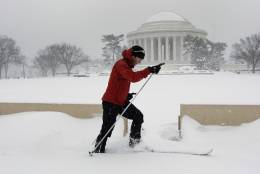 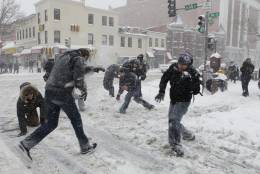 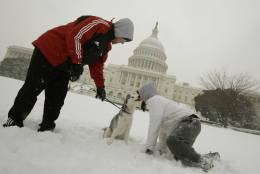 WASHINGTON — Are you dreaming of a white Christmas in the D.C. area? It may seem a little more likely this year given how cold it has been across the region.

However, once we put the numbers together, it looks like things may change as we head into the holiday weekend.

Just to put it in perspective, in the past 50 years, there have only been four years that the region has had more than 1 inch of snow on the ground during Christmas. The most recent was in 2009 (the winter of the major snowstorms that hit the region) when we had 6 inches still on the ground from Dec. 18 and 19.

If you track that stat back to 1893 in D.C., there have been 24 Christmases that had measurable snow on the ground and/or fell that day. That data comes out to about a 20 percent chance for that to occur.

Fifty Christmases, or 35 percent of the time, D.C. has had measurable precipitation (rain and/or snow).

Check out Christmas Day stats for D.C. and Baltimore:

Christmas Day Climate for D.C. since 1871

Christmas Day Climate for Baltimore since 1871

Will snow be on the ground?

The map below — put together by the National Climatic Data Center — shows that historically there is about an 11 percent to 25 percent chance that there will be at least an inch of snow on the ground on Dec. 25.

Specifically, there’s less than a 15 percent chance of that scenario for most of the WTOP listening area. The data map above is based on the historic probabilities measured throughout the last three decades — 1981 through 2010.

The local National Weather Service Office has done some incredible research in this category, and found that since 1884, there were only nine occurrences with measurable snow that fell on Christmas Day. That, on average, is about once every 14 to 15 years or about 6 percent to 7 percent. The last time D.C., had measurable snow on Christmas was 2002 when we received a whopping two-tenths of an inch.

The odds of having snow already on the ground for Christmas Day in the region are slightly better, historically speaking. Since 1888, there were only 19 occurrences with measurable snow on the ground already from a previous snowstorm, or measurable snow fell on Christmas Day. That, on average, is about once every six or seven years, or 15 percent.

“So you’re telling me there is a chance?!”

And it looks like if we see anything, it could be rain, because of how warm we’re going to be.

Temperatures will begin warming this week. In fact, we should be in the 50s by the weekend. We may have a chance of rain over the weekend but for now, we are keeping it dry. This will be something we have to monitor as we get closer to the holiday.

While 50s might seem warm for Christmastime, it won’t be nearly as warm as last year. Last year’s daytime highs on Christmas both in Baltimore and D.C. cracked the top five for the warmest Christmas Days recorded!

While confidence is low this far out, if you wanted to find a white Christmas, chances are you have to pay attention to the ever-changing forecast for the northern and western two-thirds of the United States — areas up through the Rockies and Sierra’s and into the Northern Plains.

While we may be warm with a few showers around the Mid-Atlantic for Christmas, the week leading up to Christmas looks pretty quiet for travelers. Travelers will have to watch for the chance of snow this week in the Pacific Northwest and the Great Lakes regions, but for the most part, we are looking at quiet weather across the United States this week.

So at least if you are traveling, you might have some luck on your side — otherwise our luck for a white Christmas here in the Mid-Atlantic has run out. 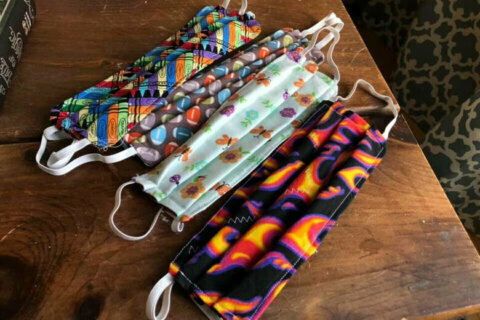