The head of D.C.'s Department of Transportation said biking the new segment could reduce commutes by as much as 30 minutes.
Listen now to WTOP News WTOP.com | Alexa | Google Home | WTOP App | 103.5 FM
(1/6) 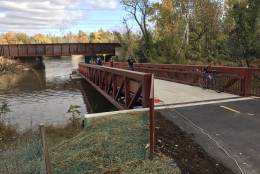 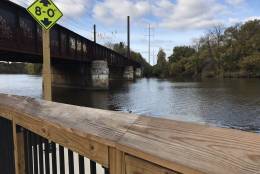 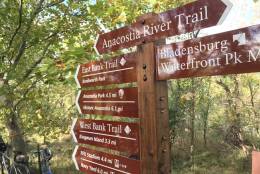 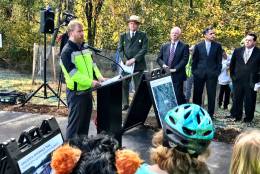 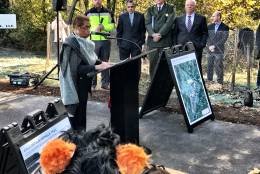 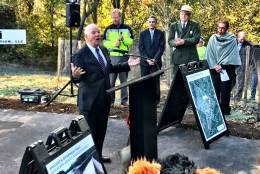 WASHINGTON — A new travel route could provide a commuting alternative to thousands in the area — if they don’t mind getting some exercise at the same time.

A new four-mile paved segment along the Anacostia River, near Kenilworth Park and Aquatic Gardens, is the missing link that connects almost 70 miles of regional trails.

“There were existing segments further south, in the District, and further north in Prince George’s County, but this segment was … a gap in that trail,” said Katie Harris, trails coalition coordinator with the Washington Area Bicyclists Association.

With the new stretch of trail completed — with the help of a federal grant, state and local agencies, and private companies — a person on bike or on foot can travel without getting off the trail.

“Now, someone can ride from Navy Yard and Nationals Park, all the way up to College Park or Greenbelt Park,” Harris said.

At a ribbon-cutting ceremony on Monday, Harris said the new stretch will benefit more than just weekend athletes.

“This trail will absolutely be used for transportation as well as recreation,” Harris said.

Leif Dormsjo, head of D.C.’s Department of Transportation, said commutes could be reduced by as much as 30 minutes by biking on the new segment.

Harris said the trail’s proximity could motivate people to get out of their cars.

“We know people who live in Prince George’s County and work in the District, or the other way around, will use this to get to work, to school, run their errands, but also to recreate,” Harris said. “That’s the great thing about trails.”