The Watergate Hotel has reopened after a six-year, $125 million renovation, with a luxurious retro look and acknowledgment of its political scandal.
Listen now to WTOP News WTOP.com | Alexa | Google Home | WTOP App | 103.5 FM
(1/18) 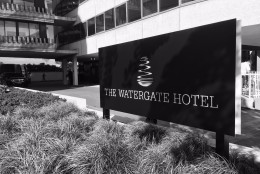 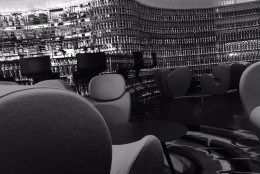 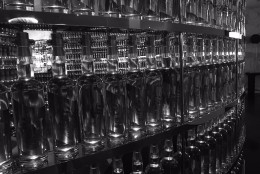 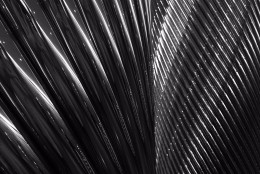 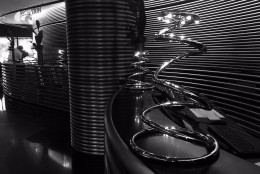 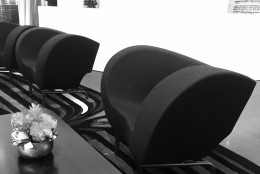 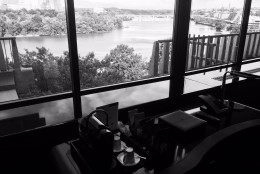 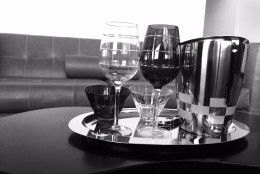 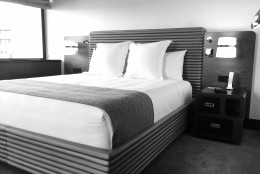 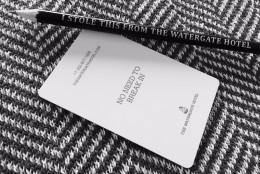 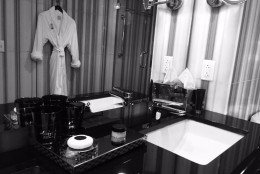 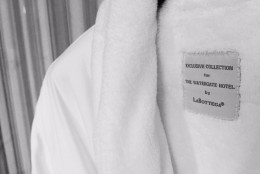 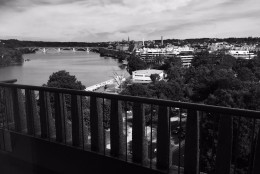 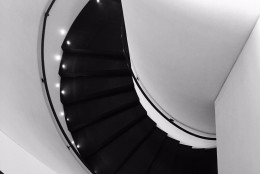 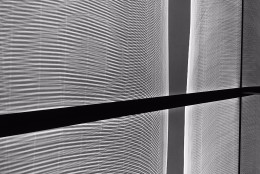 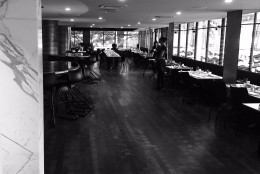 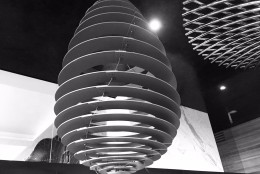 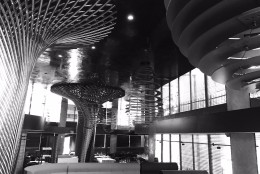 WASHINGTON — The Watergate Hotel knows that one of the main reasons you might be interested in spending $425 per night is because of the political scandal that occurred there in 1972.

While you might come to the Watergate for the burglary scandal at the office building that led to the resignation of President Richard Nixon, the owners believe you will stay — and return — because of the $125 million renovation that turned the once-dated Watergate into a luxury, 1960s retro hotel.

Guest key cards read “no need to break in,” a nod to the burglary at the Democratic National Committee headquarters, which at the time was located on the sixth floor of the hotel and office building.

Opening for business Tuesday, the hotel now features sculptural, modern furnishings and custom metal art installations in the public spaces, and floor-to-ceiling marble tile and ultra-luxurious bedding and linens in 336 guest rooms, most with views of the Potomac River.

If you’re thinking “Mad Men,” so are the owners of the hotel. The show’s costume designer Janie Bryant created the employee uniforms, after combing through old Conde Nast magazines for inspiration.

Designed in 1961 by Italian architect Luigi Moretti in 1961 to look like a sail on the Potomac, the hotel opened in 1967.

The Watergate Hotel fell into disrepair and has remained vacant since 2007. The other four buildings in the complex, which house cooperative apartments and offices, have remained open.

Designer Ron Arad and Italian designer Moroso restored some of the hotel’s original structures, including the staircase and indoor pool.

The newly opened hotel includes 27,000 square feet of meeting and function space, including a grand ballroom, with outdoor space overlooking the Potomac.

With the Kingbird restaurant and Next Whisky Bar overseen by Executive Chef Michael Santoro, the Top of the Gate is the hotel’s first-ever rooftop lounge with 360-degree views of the river, Capitol and Washington Monument.