WASHINGTON — A serious crash near the Anne Arundel and Calvert County border in Maryland has sent six people to the hospital.

The crash happened at 11:40 a.m. at the intersection of Sansbury Road and Route 260 near Friendship, according to Anne Arundel County Fire Department spokesman Craig Oldershaw.

Four people — an elderly couple, a 54-year old woman, and a 15 year old girl — were flown to the hospital with life-threatening injuries.

Another 2 people were also taken to the hospital but are expected to be OK.

Officials are still trying to figure out what caused the crash. 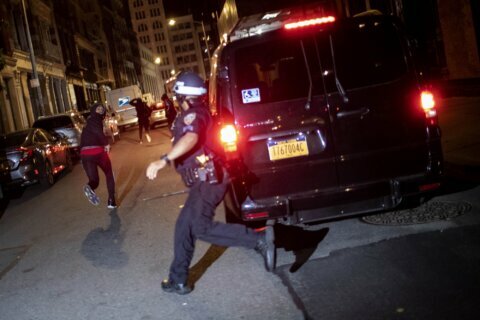 Violence-stricken US cities clean up, brace for more unrest

Search resumes in suspected drowning in Potomac near Great Falls