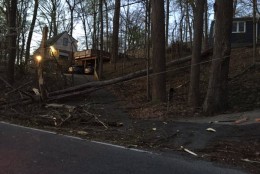 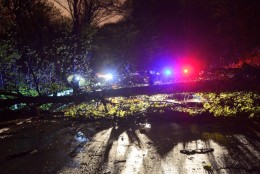 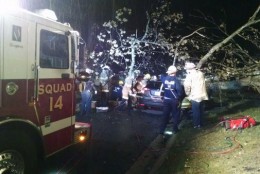 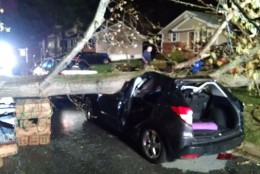 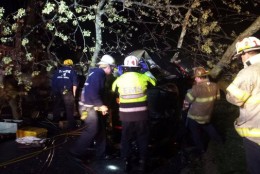 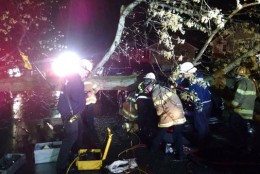 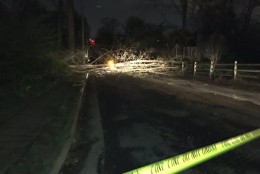 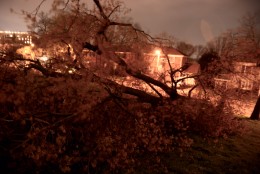 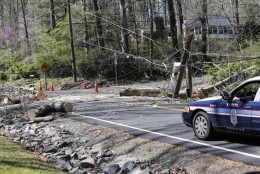 WASHINGTON– High winds across the region have caused tens of thousands of power outages overnight into the early morning hours Sunday, leaving at least one person seriously hurt in College Park, Maryland.

According to Prince George’s County Fire and Rescue, a tree and a power line fell on a car with two people inside on 49th Avenue, near Cherry Hill Road, in College Park. Police said a man was able to get out of the car but a woman was trapped in the driver’s seat and had to be extricated from the car. Both were taken to the hospital. The woman was seriously hurt. The incident happened around 11 p.m.

On Saturday, the high wind gusts began to creep into the region around 10:30 p.m., toppling trees and downing power lines, which triggered small fires. WTOP listeners have been reporting and Tweeting downed power lines, trees and tree limbs across the area as high winds continued through mid-morning Sunday.

Prince George’s County personnel responded to 352 calls for service within between 10 p.m. Saturday and noon Sunday, most of which were wind-related calls. Firefighters also responded to storm-related fires in Riverdale and Bowie, Maryland early Sunday. 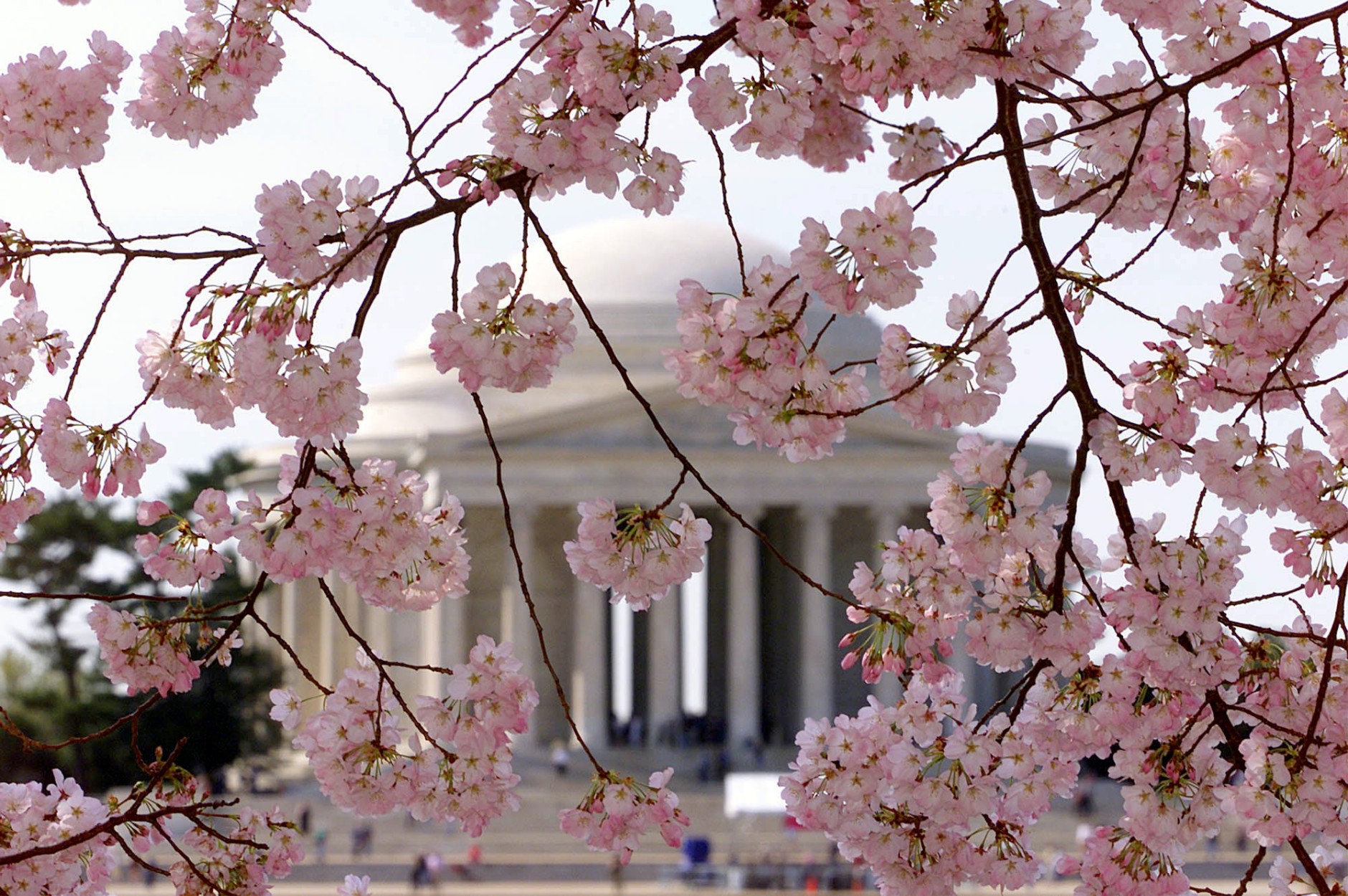