There were increased police patrols in the D.C. area’s Metrorail system and security was tightened at least one of the region’s three major airports Tuesday following the terror attacks in Brussels.
Listen now to WTOP News WTOP.com | Alexa | Google Home | WTOP App | 103.5 FM

WASHINGTON — There were increased police patrols in the D.C. area’s Metrorail system and security was tightened at least one of the region’s three major airports Tuesday following the terror attacks in Brussels.

Flights to and from Brussels were cancelled. The Belgian airport tweeted that it would be closed Wednesday and officials would decide then whether to reopen on Thursday.

The Islamic State claimed responsibility for the suicide bombers who killed 11 at Zaventem Airport in Belgium’s capital and 20 in a Maelbeek metro station blast, which is close to the European Commission headquarters and the European Council. About 230 were injured.

Hours after the terror attacks, Metro Transit Police announced that it would be increasing patrols, including the use of K-9 sweeps, in stations “as a precaution.”

The agency tweeted that there was “no known, specific or credible threat to Metro at this time.”

In another tweet, Metro Transit Police reminded riders: “If you see something, say something: 202-962-2121 or text My MTPD.”

MTPD is closely monitoring events in Brussels w/our fed partners. If you see something, say something: 202-962-2121 or text MyMTPD. #wmata

However, random observations made during the morning rush hour did indicate a heavier-than-usual police presence at Metro stations.

“We constantly train our employees and evaluate our security procedures, in collaboration with our federal partners and local mutual aid partners, to make adjustments, updates and enhancements based on new information and situations,” said Kimberly Gibbs, spokeswoman for MWAA.

Gibbs said that Reagan National and Dulles airports have both a visible and invisible security structure to protect passengers and airport employees.

“Passengers who see something suspicious should pass that information to airport police or an airport employee. We all have a responsibility in helping to keep our airports safe,” said Gibbs.

“BWI is closely working with federal and state law enforcement agencies. However, (there is) no indication of a specific threat to BWI,” said BWI spokeswoman Whitney Kidd.

“Our security is taking a layered approach,” she said.

Maryland members of Congress responded to the Brussels attack with sympathy and urged determination in the fight against terrorism.

“Today’s attacks in Brussels are a reminder of the common danger the free, democratic nations of the world face from an evil ideology that celebrates indiscriminate murder and places scant value on life or liberty,” Rep. Steny Hoyer, D-Mechanicsville, said in a statement.

“They are also a reminder that violence and instability in the Middle East resonate far beyond the region, and the international community must not retreat from addressing it,” he added.

Sen. Ben Cardin, D-Md., said in a statement that Americans “all stand in solidarity with our friends” in what he called the “capital of Europe.”

Cardin, the ranking Democrat on the Senate Foreign Relations Committee, added: “The U.S. should provide all necessary assistance as Belgian authorities work to bring those responsible to justice.”

Sen. Barbara Mikulski, D-Md., called the attacks “cowardly and senseless acts of terrorism aimed at the heart of Europe.”

“My heartfelt prayers are with the victims, their families and loved ones, and all those injured,” she said in a statement.

“The American people stand shoulder to shoulder with our Belgian allies and those across Europe,” Mikulski added. “We stand united in our commitment to rooting out radical extremism and bringing to justice those responsible for this heinous crime.”

Rep. Chris Van Hollen D-Kensington, said Americans’ thoughts and prayers were with the residents of Brussels.

“We must remain united in the face of extremism,” the congressman said in a statement. “The United States stands with Brussels and will help in every way possible to bring those responsible to justice.” 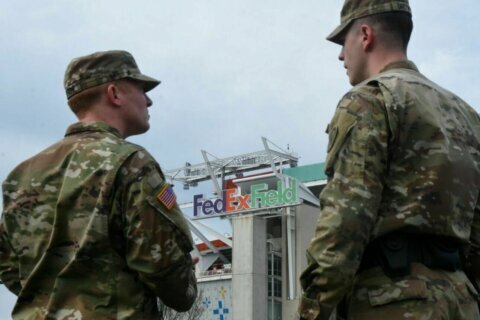 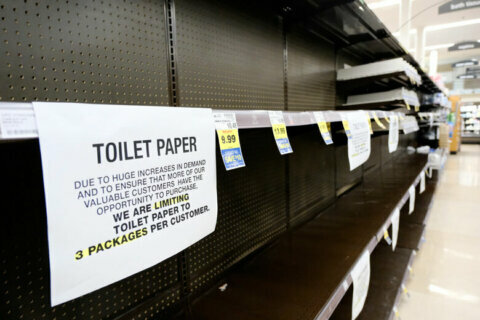