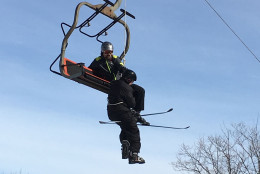 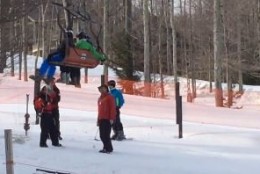 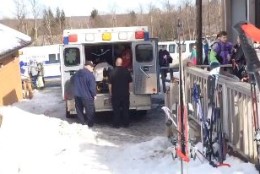 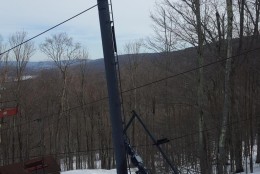 A mechanical failure around 9 a.m. on the “Thunderstruck” triple chairlift caused the cables to drop, Timberline officials said in a statement. The resort was subsequently shut down.

The Thunderstruck triple lift is not operating. We do not have all details at this time and our immediate focus is on our skiers.

The ski patrol was on the scene and began a lift evacuation. It took approximately two hours to remove the rest of the skiers in the lift chairs off the lift, West Virginia Metro News reports.

WTOP listener Gary Madison from McLean, Virginia says he and two boy scouts from Woodbridge were rescued from the lift after being stuck for about 90 minutes.

WTOP Twitter follower Philip Garrett tweeted that he and his ski team fell from the lift.

It’s was not immediately known what caused the lift to malfunction.