ALEXANDRIA, Va. — It took every member of a Mitchellville, Maryland, family and two willing hands to win a brand-new car.

Thirty-two-year-old William Holmes and his siblings colluded to enter the “Hands On” contest at the Washington Auto Show to express their love and appreciation for their mom, Margaret.

Margaret Holmes, 57, brought her son food and kept him company. His sisters stopped by to offer support.

But it was William who lived at the Washington Convention Center for five nights and six days and who chose the lucky key to win the 2016 Hyundai Tucson for his mom.

Thursday, mother and son traveled to Alexandria together to collect their prize.

“My mom is a very special woman … she goes out of her way to help everyone,” William Holmes said. “We can say we love her… I don’t know, it’s just something about having a brand-new car to put a smile on her face.”

Margaret Holmes, who thanked all six of her children, said she was proud that her son stuck with it. And she wiped tears from her eyes as she described an essay written as part of her son’s contest entry.

“It was just the most beautiful thing,” she said. “I’ve read it over and over.”

“It doesn’t really matter if he wins the car or not. Just the fact that he and my children love me enough to enter this contest and try and win this car for me. That’s what mattered most.”

As she watched her son camped out on the convention hall floor, Margaret Holmes realized that her son’s own car had been out of commission for a month, making his efforts even more generous, she said.

But William Holmes said he is just grateful for the opportunity to put his mom first.

“So if everybody could just find, whether it’s a sister or mother or brother, but put them before themselves, then I think it will start some kind of revolution, just make the world a better place,” he said.

Friends and family of William Holmes have created a GoFundMe page to help him find a more reliable car. 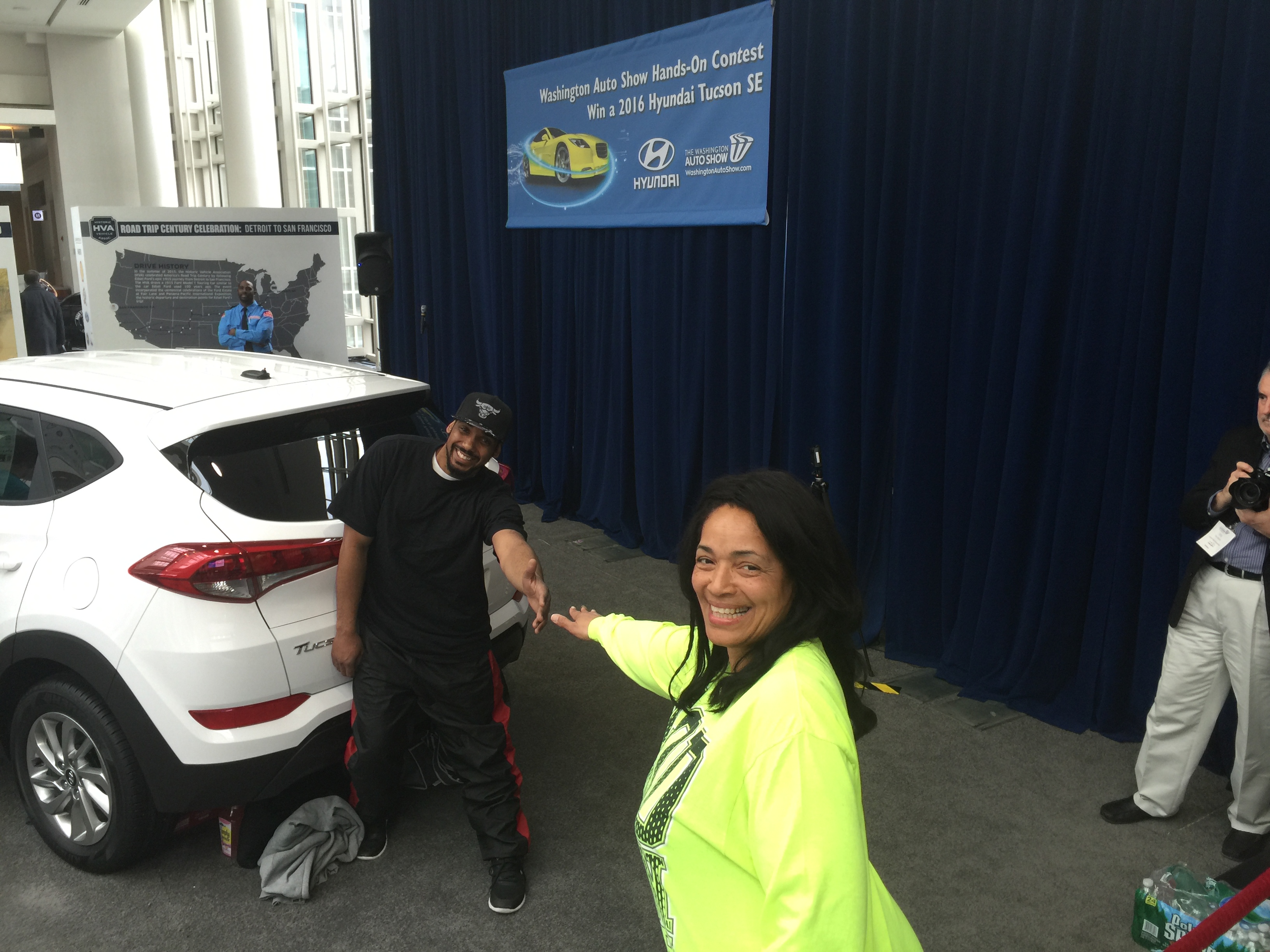