The heavy weight of snow is causing some buildings to give in around the Washington region.
Listen now to WTOP News WTOP.com | Alexa | Google Home | WTOP App | 103.5 FM
(1/4) 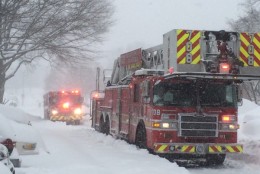 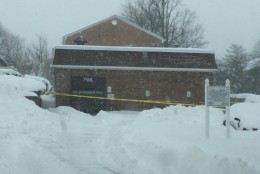 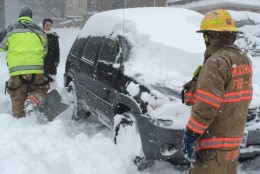 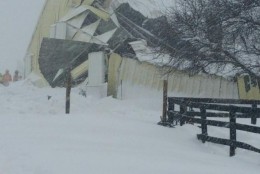 WASHINGTON — The heavy weight of snow is causing some buildings to give in around the Washington region.

Firefighters evacuated 67 residents from Coverstone apartment complex in Manassas, Virginia early Sunday morning after a partial roof collapse. One roof collapsed and another was showing signs of failure.

Several people were trapped and had to be rescued. No injuries were reported. The National Weather Service reports the City of Manassas ended up with 30 inches of snow.

In Gaithersburg, Maryland, a partial roof collapse occurred at a utility building at the Potomac Oaks condos. It displaced 225 residents Saturday.

Montgomery County Fire and Rescue Service officials say the collapse occurred at a building that houses utility equipment, which meant that power and water had to be cut off. Ride-On buses arrived to help residents get to shelter.

The Gaithersburg residents weren’t the only ones affected by a roof collapse during blizzard conditions on Saturday.