As snow melts, local airports get back on track

WASHINGTON – Hundreds of flights in the D.C. region were cancelled Saturday. But as the snow begins to thaw, local airlines are trying to get back on schedule.

Chris Paolino, spokesman for the Metropolitan Washington Airports Authority, says the airports may be crowded, “particularly as passengers who may have been trying to get out yesterday and couldn’t, or re-booked in advance of the storm head through.”

“Passengers should definitely check with their airline and plan a little extra time to get through the airport,” Paolino says.

American Airlines passengers who were affected by the storm cancellations can re-book without a change fee. Spokesman Josh Freed says these passengers should call reservations immediately and must re-book by February 25.

“They recognize that a number of people were impacted yesterday – not just here trying to get out, but also people trying to get in,” Paolino continues. “So they’re trying to do everything they can to re-book those passengers.”

Temperatures are expected to dip below freezing once again Sunday night, which could refreeze snow and standing water. Airport crews will keep clearing the snow and ice to keep the runways open. 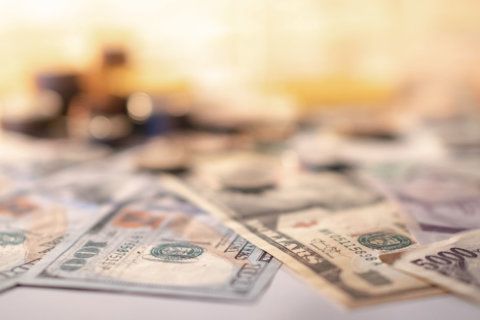