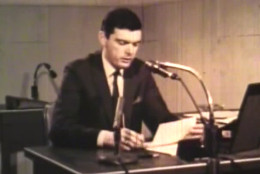 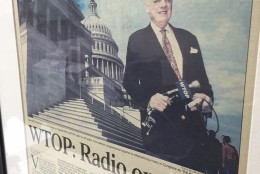 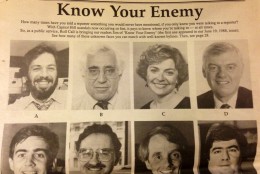 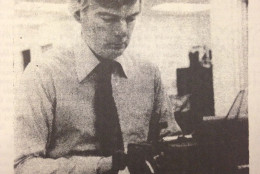 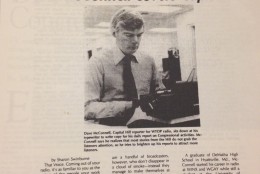 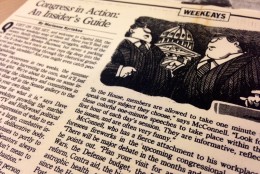 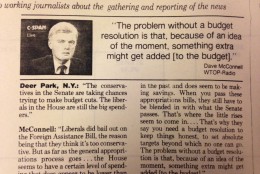 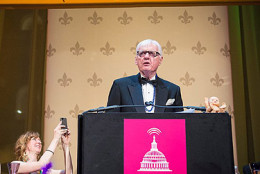 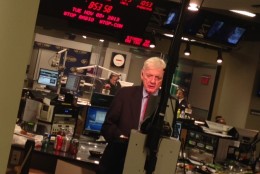 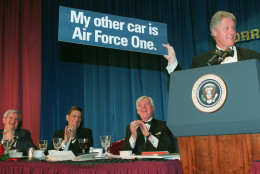 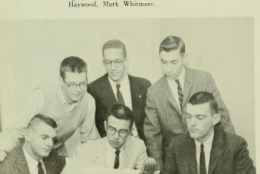 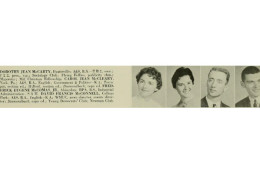 WASHINGTON – Today his steady, resonant voice is synonymous with political reporting for Washington listeners, but 50 years ago this week Dave McConnell made his debut on WTOP Radio.

McConnell is celebrating five decades reporting for Washington’s Top News, most of it spent as the Capitol Hill correspondent, where he remains the lone full-time Congressional correspondent for a local radio station in the United States.

His constant, dogged reporting on the Hill has made him an institution.

He has covered 12 presidential elections, five inaugurations and countless changes in party momentum. He taps his vast knowledge of Congress and its history to help explain to listeners why a vote, a speech or even inaction matters.

Despite all the challenges of covering such a competitive beat, the political theater, the accolades and technological advancements (you can follow him on Twitter @McConnellWTOP), McConnell has no plans to hang up his microphone. He has never breathed the word “retirement.”

“I honestly cannot imagine WTOP without Dave. Honestly,” says recently retired Rep. Frank Wolf, R-Virginia. “You ought to sign him up for another 50 years, or at least another five or 10 if you can.”

Part of McConnell’s staying power comes from the way he speaks.

“That voice. He’s absolutely meant for radio,” says Rep. Gerry Connolly, D-Virginia. “He has a voice that is authoritative and commanding but at the same time reassuring and just resonant. And I think everyone expects to hear it at least once or twice a day on their commutes to Washington.”

Rep. Steny Hoyer, D-Maryland, and McConnell met early in their careers in the 1960s, when Hoyer was serving in the Maryland statehouse and McConnell was a rookie reporter.

“Dave McConnell is really, I think, one of the most decent and good journalists that I’ve known in my career,” Hoyer says.

Five years ago, Hoyer embarrassed his friend by recognizing the veteran reporter’s years of service covering Congress on the House floor.

Upon learning of McConnell’s career milestone, other lawmakers echoed Hoyer’s sentiment, remarking how much they appreciate his non-partisan, unbiased reporting.

“Some reporters, you know, you need to be on guard. Not so with Dave. Dave wants to understand what you’re saying, why you’re saying it. He’s interested in reporting the news as it is,” says former Rep. Jim Moran, D-Virginia, who recently retired from Congress.

Since 1981, McConnell has covered what he calls “the world’s greatest deliberative body.” But he learned the ins and outs of the Capitol long before he held a microphone.

“It’s part of WTOP lore that Dave McConnell, while other kids were skipping school to go catch a baseball game and see the Senators, he was sneaking into the Capitol to hear the actual senators debate,” says WTOP Senior News Director Mike McMearty.

His fair and trusted reporting

He started out covering daily news here in his hometown, and it wasn’t long before McConnell found himself at the anchor desk.

His anchoring and reporting were featured in this 1967 video “Getting the News”:

McConnell now reports live each weekday, just steps from the House floor in his hourly “Today on the Hill” segments.

“He is one of the most reliable people that I’ve ever worked with,” says Judy Taub … at the editor’s desk.

“If something is breaking on or near the Hill, he will get there in no time at all. He will be on the phone with me, probably reporting as he’s running down the steps, and will come through for us,” Taub says.

During his tenure at WTOP, McConnell has covered breaking news not only on the Hill but around the rest of D.C.

“I heard him on the two-way: ‘I’m stuck in traffic. I’m not moving.’ I said, ‘Dave, make a sharp right turn and park in a snow drift. You’re going to have to walk.’ And Dave McConnell did — on foot, dressed for Capitol Hill — walk to the 14th Street Bridge and filed some of the very first reports on the Air Florida crash on the handheld radio,” Marbourg says.

McConnell was there when the Capitol shut down on Sept. 11, 2001; when President Ronald Reagan was shot; during the 1998 Capitol shootings; through the inauguration of five presidents, through war and peace. He has covered it all.

“I mean, you had the impeachment thing; you had the Iraq War, even the bank scandal. He should really write a book about all those contentious issues that he had to face calmly and try to be honest in his deliberations,” says former Rep. Connie Morella, R-Maryland.

In 2013, he was honored with a Career Achievement Award by the Radio and Television Correspondents’ Association. He has also received the AIR Lifetime Achievement Award (2001), the Society of Professional Journalists Hall of Fame Award (1999) and various AP Broadcast Journalism awards.

“I don’t think Dave has any idea how many people he has touched, how many people that he’s informed, what a difference he has made in terms of reporting everything that happened of consequence over the last half-century,” Moran says. 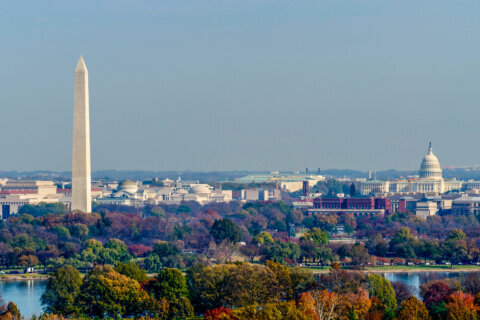