DENVER (AP) — The mistakes keep coming for the Washington Football Team. A dropped interception early on, a pair of blocked field goals and finally a failed last possession after being gifted an extraordinary turnover.

They all added up to 17-10 loss Sunday to the Denver Broncos, the fourth in a row and fifth in six games for Washington.

Now heading into the bye week, coach Ron Rivera plans a position by position review and assessment in hopes of finding a way to improve the fortunes over the final nine games for Washington (2-6).

“I’ve seen some things that we’ve got to get better at obviously, and that’s the big thing we’ve got to figure out going forward,” Rivera said. “Where are we? That’s the nice thing about having this bye. We’ll have a chance to re-evaluate, take a look at lot of things and come out of next week with a feeling about where we think we’re headed.”

Washington missed a chance to dictate the early tone when safety Bobby McCain couldn’t hold on to an interception that sailed into his arms after Teddy Bridgewater overthrew intended receiver Noah Fant in the first quarter.

Recently signed kicker Chris Blewitt had even more glaring mistakes. He converted a 52-yard field goal around a pair of blocked field goals tries, one of which missed because of its low trajectory.

Blewitt has had three field goal attempts blocked in two games after being signed to replace veteran Dustin Hopkins. He was released after inconsistency kicking extra points, though he had made 12 of 14 field goal tries. Hopkins has since been signed by the Los Angeles Chargers.

“You drive the ball 50-60 yards, get in field goal range and you get some blocked; that’s points on the board and every point matters, so it’s a little deflating,” Heinicke. “But at the same time, I think our offense did a great job of not letting it get to us. We continued to move the ball.”

Not on their last possession,. With Denver needing only to run out the final seconds, Chase Young forced Melvin Gordon III to fumble and David Mayo recovered for Washington. That put Washington 24 yards away from forcing overtime with a touchdown and extra point.

Washington also had a pair of timeouts and 21 seconds to pull it off.

But Denver’s defense sacked Heinicke who also had two incompletions before safety Justin Simmons sealed the win with his second interception in the end zone of the day.

Heinicke finished 25 of 39 for 272 yards with a touchdown pass to DeAndre Carter. But he also was sacked five times to go with a pair of interceptions. He also couldn’t get on track in the red zone. Rivera said Heinicke’s status also would be reviewed.

“When we take a look at this, we’ll recognize and see that we can’t make it hard on ourselves and we can’t make the mistakes that we’ve made,” Rivera said. “We’re making the types of mistakes that don’t give you a chance a chance to win. And that’s something we’ve got to get corrected.” 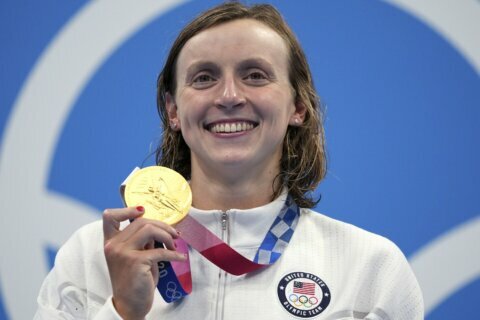 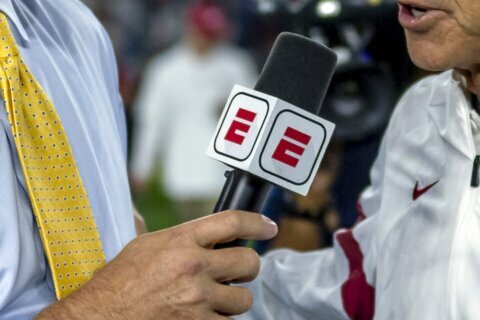