Washington again goes into draft in market for QB of future

Martin Mayhew isn’t tipping his hand about Washington’s desire to draft a quarterback this year.

“I won’t get into that for strategic reasons,” the team’s new general manager said. “We do feel very confident and comfortable with the quarterbacks on our roster right now.”

Washington is again — constantly? — in the market for a quarterback of the future, two years after first-round pick Dwayne Haskins flamed out, and despite signing veteran Ryan Fitzpatrick in free agency. Holding the 19th pick in a draft that could feature five QBs in the top 10 isn’t the best place to be, and the team has bigger holes to fill. But the temptation is strong to trade up for North Dakota State’s Trey Lance or if another elite prospect makes an unexpected drop.

“Picking at 19 kind of puts us in the middle,” coach Ron Rivera said. “It’s really about getting the right quarterback, whether it’s a young guy or an old guy. You’ve got to look and say, ‘Hey, this is the fit that we want, this is the fit that we need, now’s the time.’ We’ll see. As far as the draft is concerned, we’re going to react to what happens in front of us.”

If Clemson’s Trevor Lawrence to Jacksonville and BYU’s Zach Wilson to the New York Jets happen as expected with the top two picks, and ex-Washington offensive coordinator Kyle Shanahan takes a quarterback after San Francisco made a splash to move up to No. 3, the options will dwindle quickly. Lance and either Ohio State’s Justin Fields or Alabama’s Mac Jones will be available, and there’s no shortage of teams looking to move up.

With Fitzpatrick, Kyle Allen and Taylor Heinicke already on the roster, Washington isn’t desperate for a quarterback now. But that doesn’t mean Mayhew won’t make some phone calls to see what it might take.

“It’s always good to reach out to the teams in front of you and behind them to see if they’re willing to move, what it would cost to make that move,” Mayhew said. “Obviously, that can change when you’re on the clock, but that’s part of the normal draft process for me is reaching out to the teams ahead of you and those teams that are behind you, as well.”

It’s no secret Washington has missed left tackle Trent Williams, who sat out 2019 and was traded to the 49ers at last year’s draft. The hope was that 2020 fourth-round pick Saahdiq Charles could step in and replace Williams, but injuries limited him to one game during his rookie season and he remains an unknown quantity.

Veteran Cornelius Lucas did the job last season, though he’s likely not the long-term answer at the position. Darrisaw or Oklahoma State’s Teven Jenkins might be. But there’s a challenge for Washington’s front office in evaluating offensive linemen during a pandemic, when some opted out of playing last season.

“Only if the guy opted out and all they did was (play in a spread offense and) their run game was really only a zone scheme,” Rivera said. “That’s where the projection comes in, especially for a team like us that runs counter, plant and traps, runs a gap scheme, basically. That’s a little bit different.”

Rivera played linebacker, has a strong history of drafting linebackers, and needs a linebacker. Seems like Washington will take a linebacker in one of the first few rounds after losing Kevin Pierre-Louis in free agency.

Carolina took Luke Kuechly ninth overall in 2012 when Rivera and new Washington executive Marty Hurney were there, and the Panthers got Shaq Thompson in the first round a few years later. Rivera doesn’t want too much credit for nailing those picks, saying Kuechly “was a hard one to mess up” and Thompson fit the bill.

When Washington calls a linebacker’s name during this draft, expect he’ll be a versatile contributor not limited to one role.

“A lot of it has to do with football intelligence, the ability to have multiple-position flex,” Rivera said. “Those are the things that help you and have helped us.”

A tight end is high on Washington’s shopping list, even after Logan Thomas enjoyed a nice season. And help at wide receiver is also possible, even after signing Curtis Samuel and Adam Humphries, because of the depth of talent available.

“It goes pretty deep with guys with various skillsets,” Mayhew said. “I think you can see a significant amount of wideouts into the second or third round that are quality football players that can go somewhere and make a major contribution.” 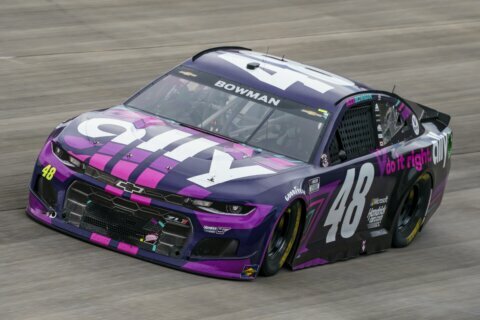 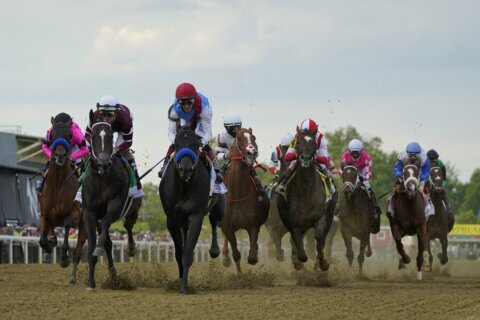 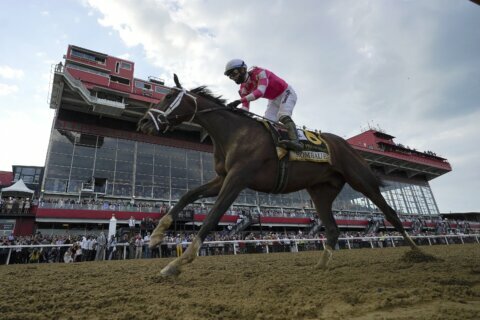