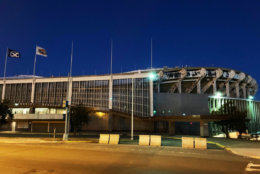 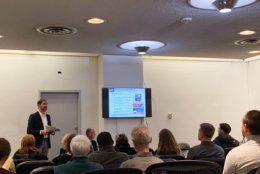 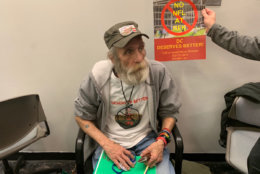 WASHINGTON — A public meeting Monday night on the fourth floor of RFK Stadium intended to update the community on the site’s redevelopment quickly turned into a discussion about the Burgundy and Gold elephant in the building.

After some quick details from Events DC about the state of the multipurpose athletic fields — set to be “substantially completed” in late spring — the conversation shifted to the larger discussion over whether the other programmatic elements might take a back seat to a 60,000-seat NFL stadium at some point in the future.

While Events DC president and CEO Greg O’Dell was sick, he joined the meeting via phone conference and was faced with some direct questions about the future of the site. While he wouldn’t commit to any concrete plan to prevent a deal for a new NFL stadium at the RFK site, he reiterated the organization’s neutrality in the matter.

“We are still agnostic,” said O’Dell, who stressed that he hasn’t been involved in any of the reported private talks, nor does he intend to be. “I haven’t done any backroom deals yet, and I don’t plan to.”

The other four parts of the long-planned RFK redevelopment — a food market hall, a sports and recreation complex, bridges connecting to the east side of the Anacostia River and a lasting RFK memorial — are on hold for now, until the long-term ownership of the land is sorted out. Most if not all city officials, regardless of their view on using the site for an NFL stadium, seem in agreement that transferring the land from National Park Service control to the city is a needed next step. The current lease runs through 2038.

The concern among residents over a potential NFL deal at RFK was amplified by Maryland Governor Larry Hogan’s withdrawal of the National Harbor site from consideration for a stadium earlier this month. Mayor Bowser has made it clear that she supports the team returning to the District, even softening her view in recent months on the team’s nickname as an impediment to a return.

When pressed about the city’s secrecy on the Amazon HQ2 and Olympic bids by Commissioner Denise Krepp (ANC 6B10), O’Dell promised he would be as transparent as possible about any future deal.

“If we are negotiating a deal, and my board signs off, which I’m sure they would, we would be happy to share the deal,” he said. “I have a pretty good track record of doing so.”

If there was any support for a new NFL stadium at RFK at the stadium Monday night, it wasn’t vocal. There were a number of detractors among the citizens in attendance, most notably Lincoln Park resident Skip Strobel, who was handing out buttons and promoting his April 7 rally against a new stadium.

Events DC also announced that Summit Point Karts was no longer operating in Lot 8, and that they would be taking requests for proposal for an operator for the new playing fields through April 5. The operator will be in charge of day-to-day scheduling, sports programming for the fields, as well as the rental structure for outside groups.

There will be an additional follow-up meeting scheduled sometime in March, before the application cutoff date. 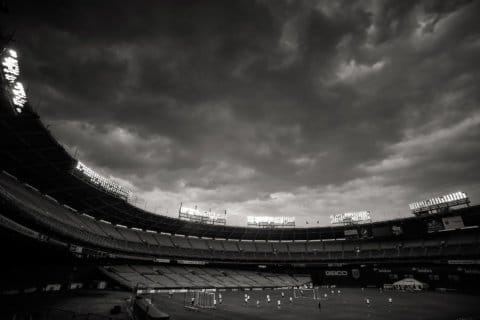 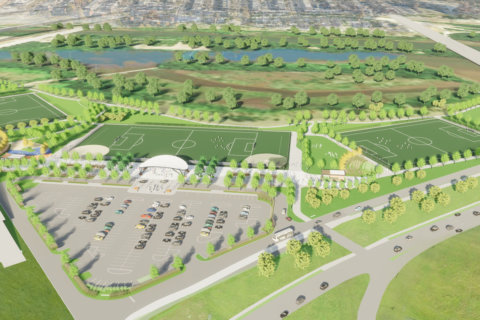