Meet Boyd, the spirit of the Washington Spirit 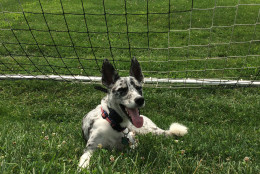 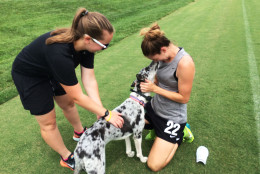 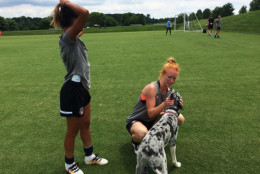 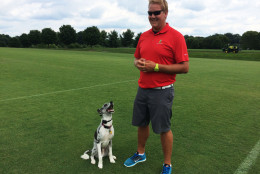 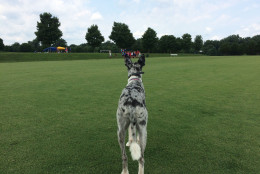 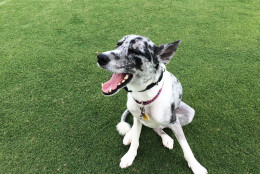 Meet Boyd. You might call him the spirit behind the Washington Spirit, who train and compete at the Maryland SoccerPlex in, naturally, Boyds, Maryland. Technically, Boyd’s job is to chase the geese and other animals off the array of playing fields at the SoccerPlex, helping to keep them pristine. But the longer Boyd’s been a part of the SoccerPlex, the more he’s become a favorite of the fans and the players.

“I know Boyd does a lot of work with keeping the geese out of the way and everything — that’s kind of his purpose,” said Spirit midfielder Tori Huster. “But he’s also, like, our little best friend.”

Huster, 26, has been with the Spirit all four years of their existence, since being selected in the 2013 NWSL Supplemental Draft and is now in her fourth season with the team. She’s seen Boyd grow over the past three years and has known him since he originally came to the SoccerPlex as a puppy.

“He’s such a happy dog, it just makes you happy when you see him,” she said. “We’ll be on the game field and he’ll be out there before the game even. You’ve got to get a good luck pat.”

Fittingly born on Valentine’s Day 2014, Boyd isn’t just around at practice either. He’s a fixture at Spirit home games. And he’s become something of an unofficial mascot for the team, complete with season-long sideline pass.

“Fans even know him, he’s become famous. They look forward to seeing him,” said defender Caprice Dydasco, 22, who is in her second season with the Spirit after being selected 19th overall out of UCLA last year.

“This is our second home, pretty much. It’s just comforting to see him, it makes it homey having a dog here.”

That’s true even for visitors. In his first year, when he was still a puppy, Boyd crashed the Seattle Reign’s walk-through as the visiting team prepared for a game. Everything stopped for 10 minutes as players and coaches alike put their warmups on pause to hang out and play with him.

And just last week, the championships for the Elite Clubs National League, a top female youth soccer program, took place at the SoccerPlex. After one of the teams had lost in the finals, a parent approached Boyd and Ryan, who were breaking down the fields, with a request.

“Can I take him to our team? We just lost the final, I think it would be a huge morale booster.”

There’s clearly something to that — the comfort that a dog can bring. The Washington Nationals have Olive, a comfort dog, available to fans. But to find one so closely associated with a team is almost unheard of.

“That would be news to me, if there was another club that had one,” Huster said.

Boyd is an Australian shepherd/border collie mix with a cookies and cream complexion, alert, oversized ears and a white underbelly. He’s tall but skinny, almost like a whippet or greyhound. His hair is short now, but only because it was recently trimmed, to keep his naturally thick coat from overwhelming him in the Washington heat.

“He gets a summer cut, cools him off,” said Ryan Bjorn, director of grounds and environmental innovations at the SoccerPlex, and Boyd’s caretaker. “The poof on the tail was not my decision.”

Boyd was preceded at the Maryland SoccerPlex by Dave, a purebred border collie. And while Dave performed his goose-chasing duties admirably, he wasn’t too people-friendly.

“He was very good at his job, but he wasn’t very personable,” Bjorn said. “He was a work dog, a true work dog.”

The work part was what most concerned Bjorn when he first adopted Boyd.

“His second week here, we saw some geese and he ran down, ran at the geese, the geese flapped their wings and he just bolted backwards — he was terrified of the geese,” Bjorn said. “So I was a little worried, cause I thought we might have made a mistake. And then, a couple weeks later, he’d grown up a little bit, seen a couple geese, just chased them off the field.”

Now, Bjorn says, Boyd is so dogged about his duties that he’ll track the birds from field to field and won’t let them be until they’re entirely off the property.

Why does @MDSoccerPlex have a dog on our staff?? Find out why here. pic.twitter.com/Gj9aP28DDj

“He’s always alert, always paying attention to what’s going on around him,” Bjorn said. “But the great thing about it is, he’s got a very nice on-off switch … when he’s on and he’s working, you can’t get him out of it, but as soon as we get back to the shop and he gets up on the couch, complete relaxation. So we’re very lucky.”

That’s not to say he’s always on his best behavior. One time, when Bjorn was on a trip and his girlfriend was at class, she left Boyd in the bedroom. When she returned, he had escaped, after chewing a hole through the door, and she found him sitting in the kitchen sink, howling. Some time later, the two would discover that wasn’t the only thing they’d missed while they were gone.

“He didn’t eat anything, didn’t get into the trash or anything like that, but a couple weeks later we were digging through the couch for something and pulled out a tortilla,” Bjorn said. “It turns out he had taken some out of the package and hidden them strategically throughout the house.”

But by and large, Boyd provides for Bjorn the same thing he does for everyone else, that sense of carefree happiness that only a dog brings you.

“Even if I have a long day or I’m stressed out, I can just sit down with him for a couple minutes and be good to go,” he said.

That’s the kind of mascot every team could use. 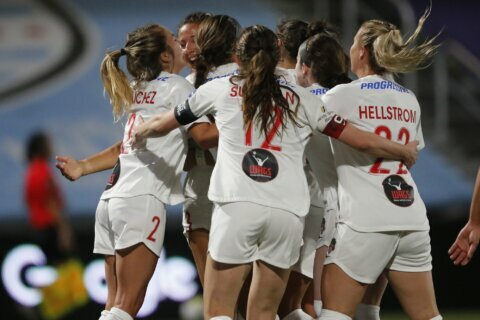 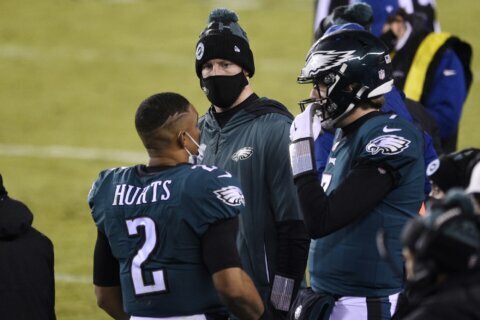