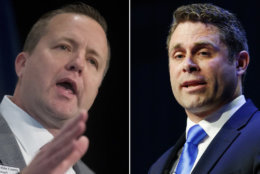 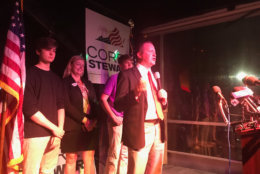 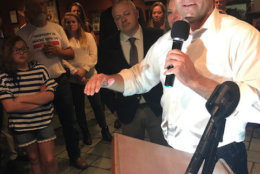 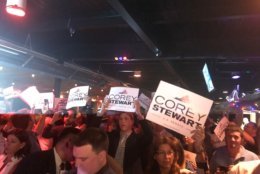 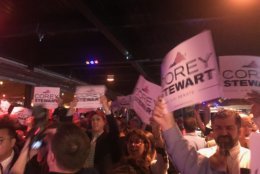 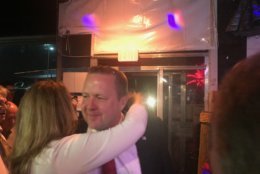 Speaking to a jubilant crowd in Woodbridge, Virginia, Tuesday night, Stewart talked up Trump’s immigration and economic policies and thanked his supporters.

“I always knew that we were going to win because you were all there with me,” Stewart said.

Congratulations to Corey Stewart for his great victory for Senator from Virginia. Now he runs against a total stiff, Tim Kaine, who is weak on crime and borders, and wants to raise your taxes through the roof. Don’t underestimate Corey, a major chance of winning!

Freitas Tuesday night conceded the race in a speech to his supporters gathered in Warrenton, Virginia, and pledged to support Stewart in the general election.

“I want to go out there and support our ticket and that’s what I’m going to do,” Freitas told reporters. “That’s what I’ve always said I will do, and I’ll stand by that.”

The race between Stewart and Freitas remained close throughout the night as ballots were counted. The unofficial results listed on the Virginia Department of Elections website reported Stewart took 44.78 percent of the vote compared to 43.15 percent for Freitas.

Conservative minister E.W. Jackson, of Chesapeake, garnered about 12 percent of the vote.

“I never thought I would thank Fairfax County, but it was Fairfax, Loudoun and Prince William counties that put me over the top,” Stewart said at his election night victory party.

Stewart, never one to mince words, offered his game plan for beating Kaine.

“We’re going to kick the crap out of Tim Kaine, that’s the strategy,” he told supporters.

See live results for all the U.S. House and Senate primary races in Virginia.

Trump cast a big shadow over a primary campaign that turned viciously personal at times between the two leading Republicans in the race.

Stewart, an early Trump supporter, pledged to be “the biggest supporter of President Trump in the United States Senate” and criticized Freitas for being insufficiently supportive of the president.

Freitas, who served two terms in Virginia’s House of Delegates, was seen as more of an establishment Republican with a noted libertarian streak.

In an email to supporters last week, Freitas blasted Stewart for what he called lapses in judgment and for engaging in the “dog-whistling of White supremacists, anti-Semites, and racists.”

Stewart has courted controversy throughout his political career and within his own party.

Stewart narrowly lost the Republican nomination for governor in 2017 to Ed Gillespie, in a campaign in which Stewart campaigned heavily on preserving Virginia’s Confederate monuments.

WTOP’s Kyle Cooper, Dick Uliano and The Associated Press contributed to this report. 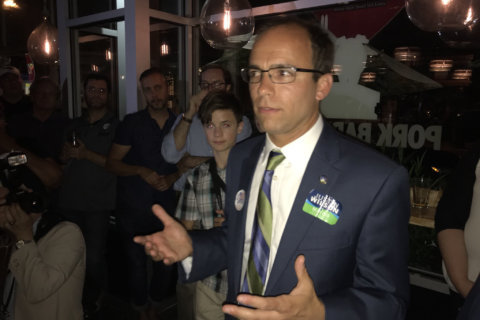