First lady Jill Biden and her granddaughter, Naomi Biden, are featured on the cover of the new digital version of Vogue magazine, which will be released Tuesday, a person familiar with the details told CNN.

The photos and story will also appear inside the print edition of the upcoming February issue, the person said.

The Bidens were photographed for the story on Thursday, inside the White House Green Room, two days before Naomi Biden married Peter Neal on the South Lawn. Naomi Biden wore her bridal gown for the Vogue shoot — a custom, long-sleeved dress and cathedral-length train by designer Ralph Lauren, which she told the magazine was inspired by a gown worn by actress Grace Kelly.

The first lady wore the same teal dress she would wear to the wedding reception Saturday evening. Photos released by Jill Biden on Sunday show her in the dress dancing with President Joe Biden at the reception.

Naomi Biden was also photographed inside the Cross Hall of the White House, wearing her reception dress — a silk, strapless gown with sheer, opera-length gloves by designer Reem Acra — which she wore to the dessert and dancing portion of the wedding celebration.

The person with knowledge of the details told CNN that Naomi Biden shared with Vogue the story of her relationship with Neal, and how the couple undertook the planning of their White House wedding, the first-ever for a granddaughter of a president, and only the 19th wedding to take place on the grounds. 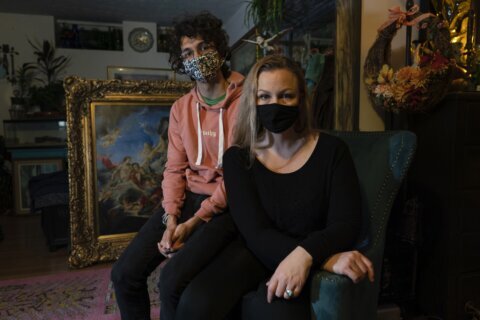