FORT MYERS BEACH, Fla. (AP) — William Wellema has been living under a bridge for four days, waiting to get to Fort Myers Beach on Florida’s Estero Island to see if his vacation home survived Hurricane Ian. On Friday, he was beyond frustrated as he continued to await permission to drive across.

“They’re saying it’s because of the rescue and recovery efforts,” Wellema said of the closure. He drove down from Little Falls, New Jersey, with a pass he got at the beginning of hurricane season that was supposed to allow him onto the island after a storm.

Wellema was considering crossing by kayak at night. He is in touch with friends in other parts of the country waiting on his word to make their own journeys south. Their wait is a reminder that the death toll, already at 103, could still grow.

Fort Myers Beach Mayor Ray Murphy has said no one will be allowed back until emergency services crews finish “searching for people who are hurt or might need help amongst the rubble, and people who have passed” in the town of just over 7,000. First responders need space and time to do their job and “any extra vehicle and pedestrian traffic hampers and prolongs their efforts,” the statement said. They have not set a date for when residents can return.

The Florida Medical Examiners Commission has reported 94 storm-related deaths in Florida so far. Most were in the worst-hit Lee County that includes the greater Fort Myers area and nearby Gulf Coast islands. At least half of the confirmed victims in the state were 65 years and older and more than two-thirds were 50 and older. Five people were also killed in North Carolina, three in Cuba and one in Virginia.

Ian is the third-deadliest storm to hit the mainland United States in the 21st century, behind Hurricane Katrina, which left about 1,400 people dead, and Hurricane Sandy, which had a total death count of 233 despite weakening to a tropical storm just before making U.S. landfall. The deadliest hurricane to ever hit the U.S. was the Great Galveston Hurricane in 1900 that killed as many as 8,000 people.

Ian, a Category 4 storm with sustained winds of 150 miles per hour (240 kilometers per hour), unleashed torrents of rain and caused extensive flooding and damage. The deluge turned streets into gushing rivers. Backyard waterways overflowed into neighborhoods, sometimes by more than a dozen feet (3.5 meters), tossing boats onto yards and roadways. Beaches disappeared, as ocean surges pushed shorelines far inland. Officials estimate the storm has caused billions of dollars in damage.

Fort Myers Beach residents James Berry and Jeff Silcock, like Wellema, have access passes to the island and were also waiting under the bridge to get back home, but neither was as upset as Wellema.

“They’re still looking for bodies out there and there’s an investigation process,” said Silcock. “I totally understand why they’re not letting anyone on.”

Betty Parker and her husband, Wiley, live in Fort Myers, but they’re about 20 miles (32 kilometers) inland. Their neighborhood on the Caloosahatchee River was built in 1915 and had never flooded until now, Parker said.

“Quite a few of the houses around us were declared a total loss,” she said Friday. “Most the people I’ve talked to, the neighbors, don’t have flood insurance because it is too expensive, and it has never flooded here in over 100 years.”

The Parkers were lucky. The water came within 5 inches (13 centimeters) of their house, but not inside, she said. However, it did flood their garage, where they had moved their 2000 Toyota MR2 sports car.

“So many people lost their cars,” Parker said. “They moved them inside because they were worried about wind. Nobody thought about the water.” 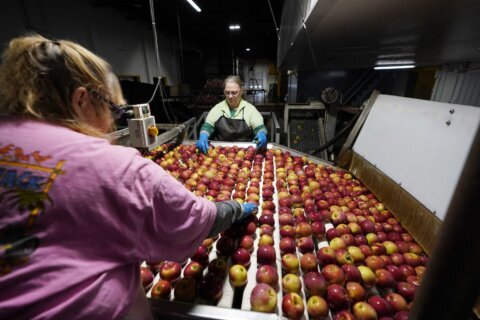 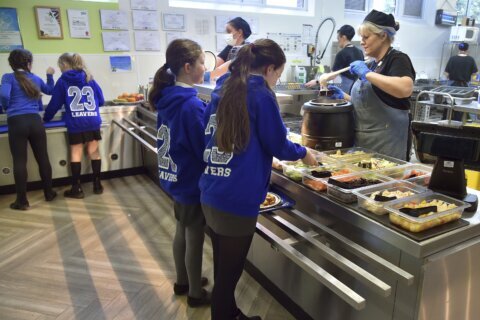