HONOLULU (AP) — In Hawaii, there’s a common question posed in the pidgin language of the islands: “Where you went grad?”

Knowing where someone went to high school has long been an important identity marker for Hawaii residents and helps connect people in the state’s close-knit communities. It’s an affiliation that goes far deeper than rooting for a certain team or cross-town rivalries.

“It’s how you understand your place in Hawaii and your belonging,” said Ty P. Kāwika Tengan, a professor in the Departments of Ethnic Studies and Anthropology at the University of Hawaii at Manoa. “It tells all these stories about race, class and other things that are kind of implied by the school and the communities that you imagine go there.”

But for some, answering that question gets complicated when the school bears the name of President William McKinley, who many Native Hawaiians disdain for his role in the annexation of the Hawaiian Kingdom to the United States. And now a proposal to change the name of Honolulu’s McKinley High School has sharply divided graduates, often along generational lines.

Sautia Tanoa, a 2005 graduate, said changing the name to Honolulu High — the name the school bore before it was changed to McKinley in 1907 — is appropriate and would help rekindle his pride in the school.

“As I grew up and I got more educated about the history … all of these names that were chosen or celebrated were the very ones that overtook the place,” he said. “In the sense of historical justice, if I can be one of the many voices asking to restore the name, I can be a little bit more proud of being part of the effort and also being part of that school.”

“It was like stabbing me in the heart,” the former state lawmaker said of hearing about the effort. “It’s like going into your family and saying you have to change your family name.”

The debate comes amid a growing movement across the islands to restore traditional Hawaiian place names to honor and respect Native Hawaiian culture and history.

What used to be known as Barbers Point in west Oahu is now Kalaeloa. On Kauai, Fort Elisabeth State Historical Park was renamed to Pa‘ula‘ula. Iconic Diamond Head is increasingly being called Leahi and some people prefer to say Puuloa instead of Pearl Harbor.

The movement to return to traditional names stretches beyond Hawaii, with efforts afoot across the United States. One of the most high-profile name changes also involved McKinley: North America’s tallest mountain, which was named after the former president for more than a century, was returned to its previous name, Denali, in 2015 to honor Alaska Natives.

But the attachment many in Hawaii feel toward their high school is proving to be an unlikely stumbling block in the growing quest for authenticity in the islands, where some public schools are named for their locations and some are named after people, including the businessmen who dominated during Hawaii’s sugar plantation past.

Less than 2 miles (3.2 kilometers) from McKinley High, Central Middle School changed its name to Princess Ruth Ke’elikōlani Middle School — a change some say was easy because “Where you went grad” always refers to high school.

The school’s “name glorifies a man who illegally annexed a country against the will of her queen and people,” the union wrote last year urging members to support a legislative resolution on the matter.

The resolution stalled in the last legislative session, as did another calling for the Big Island community of Captain Cook to be restored to its original name of Kaawaloa.

“I think we’re in this time period where people are really starting to recognize just the changes that need to be made, the historical wrongdoings that have been done towards Native and Indigenous peoples, and the importance of restoring place names,” said state Rep. Jeanne Kapela, who introduced the name change resolutions.

Kapela said she understands people may resist changing names of places they feel connected to.

“I have my own affinity to my own alma mater, but the reality is that no matter what the school is named, that school sits on a place,” said Kapela, who graduated from Konawaena High School, which means central Kona, where it’s located. “It’s the community that built us. And that community is based on a place name. In order to honor that community, we have to honor the place it’s standing on.”

In arguing to keep the name, McKinley High’s principal, Ron Okamura, also cited the connection between identity and high school, saying it goes “deep into the make up of who we are.”

“We are often asked ‘Where you grad from?′ and the answer is always the name of our high school,” he wrote in testimony opposing the change. “It is not about who the school is named after, but the ’branding’ of the school’s culture that is attached to that school.”

Keeping the name also ensures history is learned from and not erased, he said.

Hinaleimoana Wong-Kalu, a Hawaiian cultural practitioner who did not attend McKinley, said it’s insulting to keep a name honoring a man who “was no friend to Hawaiians.”

“It would be one thing if you were to say, get rid of the school,” she said. “But to change the name is about the dignity of a people.”

The importance of the “Where you went grad” question has roots in Polynesian culture, which places an emphasis on knowing where someone is from, but it’s also been co-opted by foreign colonizers who became Hawaii locals, she said.

“Because when you say, ‘Oh, where are you from,’ they cannot claim the land itself because they know that’s not where their family originated,” Wong-Kalu said. “But you can claim the school.”

Nanette Kaiwi, a Native Hawaiian graduate of the class of 1967 said she meets weekly with some of her classmates and they discuss plans for their upcoming 55th reunion and their strong feelings against the name change.

Kaiwi said she and her classmates worry how they would answer when asked, “Where you went grad,” a question Kaiwi faced numerous times at a recent family gathering. They even worry how their descendants will remember them.

“It was not wanting our grandchildren, great-grandchildren to say, ‘What school did Tutu go? Oh McKinley, where’s that?’” Kaiwi said using a Hawaiian term of endearment for grandparent. “It was the thought of losing the identity of the school we went to.”

Kaiwi said she also wants to keep the name and a statue of McKinley that stands on campus so the injustices of the past are not forgotten.

“I want it to stay because I don’t want people to forget that book he is holding is not a treaty,” she said of the statue. “That it’s all a lie and that our lands were stolen.”

Catherine Anderson Orlans, a 2005 graduate, said she learned McKinley’s true place in Hawaii’s history not from school but from her kupuna, or elders.

“It’s kind of like that awkward elephant in the room,” she said of attending McKinley. “As a Hawaiian student, you always kind of know the real meaning of who he is … but it really wasn’t taught at the school.”

While she’s still proud to have graduated from the school, she believes changing its name will help heal a more profound identity loss for fellow Native Hawaiians.

“I have no problem saying in the future, ‘I graduated from Honolulu High School, formerly McKinley High School,'” she said. 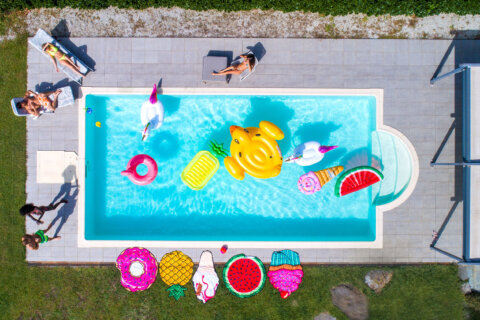 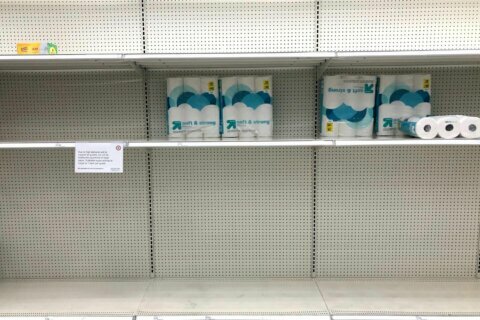