The next U.S. census isn’t until 2030, but already Census Bureau leaders are looking for ways to adapt to a roiled civic climate that only seems to be getting more contentious. So this week they are issuing a call for public recommendations to make sure everyone is counted in the next once-a-decade U.S. head count that determines political power and federal funding.

Census Bureau Director Robert Santos said Tuesday in an interview with The Associated Press that the statistical agency is planning to start its outreach efforts with hard-to-reach communities earlier, rather than just before the count, and it may start door-knocking efforts sooner than in the past. Santos also addressed a backlash against a controversial confidentiality method in the wide-ranging interview.

“We are looking to restore trust on a continuous basis, not just a couple of years before a decennial census,” Santos said.

The call for public recommendations in a Federal Register notice came as the Census Bureau on Tuesday released further metrics on how well it did in the 2020 count, which was challenged by political interference from the Trump administration, the coronavirus pandemic and natural disasters.

Census data is used to determine how many congressional seats each state gets. It’s also utilized for redrawing political districts and to help determine the distribution of $1.5 trillion in federal funding each year.

The metrics released Tuesday showed the count of housing in the 2020 census was fairly accurate — a statistically insignificant overcount of 0.04%. Small apartment buildings were overcounted while mobile homes were undercounted. Homes headed by Black, Asian, Native Hawaiian residents, as well as householders who classify themselves as some other race, also were overcounted.

The discrepancy between overcounts in housing but undercounts of people among minority groups may be because the housing count relies on an address list while the count of people relies on their responses, according to the Census Bureau.

“We still need to do the analyses to see how one could overcount housing units and undercount population,” Santos said.

Tuesday’s report card also showed that residents of Puerto Rico were overcounted by 5.7%, which wasn’t statistically different from the 2010 census. Santos said these evaluations on the quality of the 2020 count can’t “uncover the ‘whys this happened’ — all we can do is estimate what happened.”

Santos also addressed the backlash from some researchers over a new confidentiality method the Census Bureau implemented for the first time with the 2020 census data.

Last week, demographers and other researchers began gathering signatures for a letter they plan to present to Santos asking that the Census Bureau abandon differential privacy for the 2030 census, as well as other Census Bureau data products like the American Community Survey. The survey provides the most comprehensive data on how people in the U.S. live by asking questions about commuting times, internet access, family life, income, education levels, disabilities, military service and employment.

Differential privacy algorithms add intentional errors to data to obscure the identity of any given participant. It is most noticeable at the smallest geographies, such as census blocks. The Census Bureau says they are needed since, without them, the growth of easily available third-party data combined with modern computing could allow hackers to piece together the identities of participants in its censuses and surveys in violation of the law. Previous methods of protection are no longer effective, according to the statistical agency.

Santos said he wasn’t prepared at this point to say differential privacy will be used for the 2030 census since “there may be new revelations in terms of new techniques that are available.” He also said it may take longer than planned to decide how to implement differential privacy algorithms on American Community Survey data, a change that had been expected no earlier than 2025.

“Anything is possible over the course of the next several years because of the way technologies and algorithms are advancing,” Santos said. 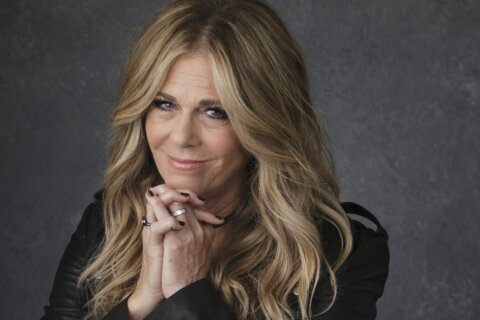