‘Burned out’? Why won’t more women return to the job market?

The pandemic has both laid bare the disproportionate burdens many women shoulder in caring for children or aging parents and highlighted the vital roles they have long played in America's labor force.
Listen now to WTOP News WTOP.com | Alexa | Google Home | WTOP App | 103.5 FM
(1/3) 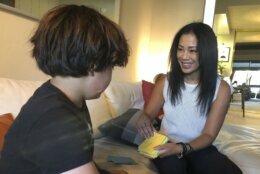 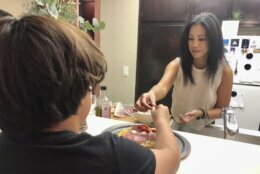 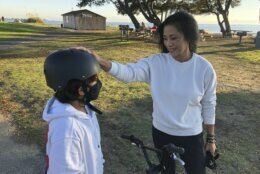 NEW YORK (AP) — There was a time when Naomi Peña could seemingly do it all: Work a full-time job and raise four children on her own.

But when the viral pandemic struck early last year, her personal challenges began to mount and she faced an aching decision: Her children or her job?

She chose her children. In August, Peña left her well-paying position as an executive assistant at Google in New York City. In doing so, she joined millions of other women who are sitting out the job market recovery while caring for relatives, searching for affordable child care, reassessing their careers or shifting their work-life priorities.

“I had to pivot,” said Peña, 41, who said the pandemic disrupted her children’s lives and led her to suspend her career because she felt she was needed more at home than at work.

“I walked away from a salary job with amazing benefits, so ultimately I could be present with my kids,” she said.

A single mother of four ranging from middle school-age to college-age, Peña knows she’ll eventually have to look for another full-time job — or join the gig economy — to regain a steady income. Just not yet.

The pandemic has both laid bare the disproportionate burdens many women shoulder in caring for children or aging parents and highlighted the vital roles they have long played in America’s labor force. The United States bled tens of millions of jobs when states began shuttering huge swaths of the economy after COVID-19 erupted. But as the economy has swiftly rebounded and employers have posted record-high job openings, many women have delayed a return to the workplace, willingly or otherwise.

Even with children back in school, the influx of women into the job market that most analysts had expected has yet to materialize. The number of women either working or looking for work actually fell in September from August. For men, the number rose.

For parents of young children, the male-female disparities are stark. Among mothers of children 13 or younger, the proportion who were employed in September was nearly 4% below pre-pandemic levels, according to Nick Bunker, director of economic research at the Indeed job listings website. For fathers with young children, the decline was just 1%.

“A lot of women have left the labor force — the question is, how permanent will it be?” said Janet Currie, a professor of economics and public affairs at Princeton University and co-director of the Program on Families and Children at the National Bureau of Economic Research. “And if they’re going to come back, when will we see them come back? I don’t know the answers to any of that.”

Many economists and officials, including Federal Reserve Chair Jerome Powell, had speculated that the re-opening of schools would free more mothers to take jobs. So far that hasn’t happened. The delta variant caused temporary school closings in many areas, which might have discouraged some mothers from returning to work in September. The number of mothers who were employed actually declined for a second straight month.

Still, economists are holding out hope that with increasing vaccinations leading to fewer viral cases, Friday’s U.S. jobs report for October will show an increase in the number of employed women. Any gain, though, is likely to be small, and it could take months to at least partially reverse the pandemic’s impact on female employment.

A major reason, Currie noted, is the worsening difficulty of finding reliable and affordable child care.

That crisis, Currie suggested, is “probably making some people’s minds up for them, because if you can’t get childcare and you have young children, somebody has to look after them.”

Besides childcare, experts point to other factors that have kept some women out of the workforce. The number of people who aren’t working because they’re caring for sick relatives remains elevated. And surveys by the job listings website Indeed have found that many of the unemployed aren’t searching very hard for jobs because their spouses are still working.

As the pandemic erupted in the spring of 2020, roughly 3.5 million mothers with school-age children either lost jobs, took leaves of absence or left the labor market altogether, according to an analysis by the Census Bureau.

A new report, “Women in the Workplace,” by the consulting firm McKinsey & Co. illustrates how the pandemic imposed an especially heavy toll on working women. It found that one in three women over the past year had thought about leaving their jobs or “downshifting” their careers. Early in the pandemic, by contrast, the study’s authors said, just one in four women had considered leaving.

Months before the pandemic, Keryn Francisco, a 51-year-old former designer for The North Face, had to decide whether to move, along with her company, to Denver.

She ultimately decided not to leave. And as COVID-19 raged, she became more comfortable with her decision, even if it meant being unemployed and shrinking her severance payout. She had been collecting unemployment aid and has picked up some freelancing to avoid dipping too deeply into savings.

A solo parent, Francisco wanted to focus on caring for her son, now 10, and her elderly parents in the San Francisco Bay area.

“It was out of a sense of responsibility and obligation,” she said. “But also, honestly, I didn’t know what was happening with COVID. So there was a lot of fear and kind of insecurity about like, if my parents died.”

During her time away from work, Francisco made a discovery that hadn’t quite seemed clear to her before: “I was burned out.” Now, she’s considering the conditions for a full-time return to the workforce.

“Once you leave the corporate treadmill,” she said, “you can actually catch your breath. Something does change inside of you.”

Many other women can’t afford to be so choosey, even if they’d like to. Tens of millions of working women, many of them people of color, labor in low-wage jobs and struggle to afford rent, food, utilities and other necessities.

“There may be labor shortages, but lots of folks are working right now and do so because there is really no choice,” said Debra Lancaster, executive director for the Center for Women and Work at Rutgers University. “They need to work to put food on their table.”

Ashley Thomas, who is in her early 40s, said her sabbatical from her job as a public policy advocate is just temporary but a much-needed respite to more deeply consider her career options.

“I had this opportunity to take a step back and just take a breather — because I have been working hard my entire adult life,” Thomas said. “This is not a permanent break. It’s a temporary break.”

There was no single trigger, Thomas said, for her decision to leave her job as a public policy advocate based in Jacksonville, Florida. The virus played a role, although even she is uncertain how much a factor it was.

“I have family members who are elderly and maybe not in the best of health that I was very worried about,” she said. “We have two teenagers here who were home from school, and this is a really hard time for them to just sort of be out of school and not be interacting with their friends as much.”

She recognizes that many other women can’t afford to take such a break from work. Thomas’ husband remains employed, and her two teenage step-children no longer need so much close attention.

“Women have been known to sort of take the brunt of the emotional labor involved in running a household — and working on top of that,” she said. “It’s probably inevitable that folks have some sort of reckoning to reconsider the trajectory of what their life is going to look like, especially after a pandemic.” 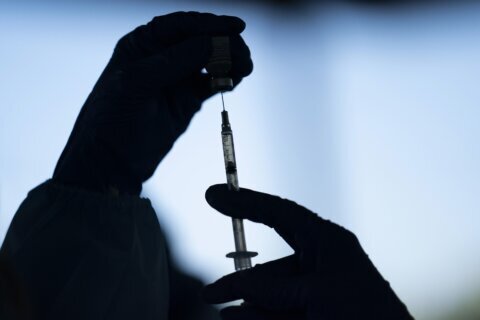 Merriam-Webster chooses vaccine as the 2021 word of the year

Morocco halts all incoming flights because of virus variant