Local insects are putting “the beat down” on stink bugs, a University of Maryland entomology professor says. But will that mean we’ll be seeing fewer of them this year?
Listen now to WTOP News WTOP.com | Alexa | Google Home | WTOP App | 103.5 FM

“Many of the natural enemies, many of our indigenous predators and parasites, have actually caught up with these guys now and are having a major impact on their population,” said University of Maryland entomology professor Mike Raupp.

“It’s kind of like ‘War of the Worlds,’ where the little microbes defeated the alien.”

Many different insects target stink bugs, according to Raupp.

“We found some of the tiny parasitic wasps that attack their eggs have moved over from our native stink bugs and are now stinging and killing the eggs of the brown marmorated stink bug,” he said.

The average person is likely more familiar with another stink bug predator — the Chinese praying mantis.

“That big beautiful praying mantis that you find in your garden … it loves to eat stink bugs,” Raupp said.

This particular mantis and the invasive stink bug are both originally from Asia.

“The Chinese praying mantis was introduced to the U.S. in about the 1860s [or] 1890s in Pennsylvania,” Raupp said.

“Less than 40 miles away a century later, the brown marmorated stink bug showed up in Allentown.  So this is simply a matter of a predator having an old friend over for dinner.”

According to Raupp, populations of brown marmorated stink bugs have been declining in the D.C. region for several years.

“I think our indigenous good guys here have put the beat down on stink bugs, and I think homeowners and gardeners will enjoy better vegetables and fewer stink bug problems in their gardens this year,” Raupp said.

Read more about the invasive stink bug and the Chinese praying mantis on Raupp’s “Bug of the Week” blog.

Find studies of the brown marmorated stink bug at stopbmsb.org. 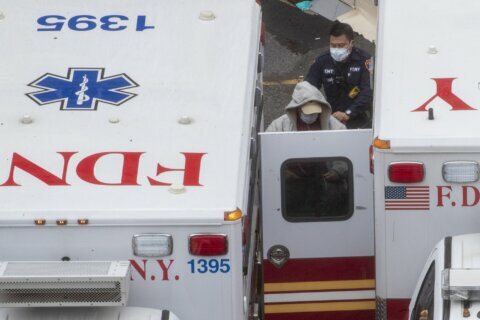 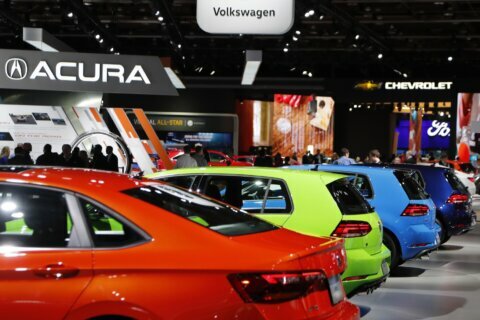 Detroit auto show canceled, center to be used as hospital