The Jennifer Lopez documentary “Halftime” kicked off the 21st Tribeca Festival, launching the annual New York event with an intimate behind-the-scenes portrait of the singer-actor filmed during the tumultuous year she turned 50, co-headlined the Super Bowl and narrowly missed out on an Oscar nomination.
Listen now to WTOP News WTOP.com | Alexa | Google Home | WTOP App | 103.5 FM

NEW YORK (AP) — The Jennifer Lopez documentary “Halftime” kicked off the 21st Tribeca Festival, launching the annual New York event with an intimate behind-the-scenes portrait of the singer-actor filmed during the tumultuous year she turned 50, co-headlined the Super Bowl and narrowly missed out on an Oscar nomination.

The premiere at the United Palace in Washington Heights served as an appropriate opener for the Tribeca Festival, which has jettisoned “Film” from its name to better reflect the wide array of concerts, talks, television premieres, podcasts and virtual reality exhibits that increasingly fill its busy live-event schedule alongside movies.

This year’s festival, running through June 19, will trot out plenty of big personalities, from Al Sharpton (the subject of the festival-closing documentary “Loudmouth”) to Taylor Swift (who will sit for a talk with filmmaker Mike Mills about the 2021 short film she directed), to fill some of Manhattan’s biggest theaters. There will be reunions (Michael Mann’s “Heat”) and directorial debuts (among them Ray Romano “Somewhere in Queens”).

But after a scuttled 2020 edition and a largely outdoor 2021 festival timed to New York’s initial pandemic cultural reopening, Tribeca has turned to Bronx native Lopez, whose hits include “Let’s Get Loud,” to bring Tribeca all the way back.

“I had the impression of her as a wildly successful, glamorous person,” Micheli said in an interview. “Then when I met her I was like, ‘This woman is a world-class athlete. She’s a jock. The way she carries herself and the way she works. She’s an artist but I really connected with that side of her. She’s a fighter.”

“Halftime” bears some of the usual hallmarks of artist-developed documentaries. It’s designed to be an affectionate portrait. But “Halftime” distinguishes itself by capturing the challenges that even superstars face in an entertainment industry not always welcoming to Latina performers. In one early clip, a journalist asks Lopez about her backside.

“Jennifer always was trying to prove herself,” says Micheli. “I don’t want to minimized it to: Oh, she’s a woman of color and women of color have a harder time. But it’s true, especially in the entertainment industry. You look back at those press junkets for ‘Selena,’ and people on the red carpet are like, ‘Can you speak a little Spanish for us, honey?’ It was a novelty.”

For the documentary, Micheli assembled footage shot in late 2019 and early 2020 by Lopez’s team and others, as well as some 1,000 hours of archival footage. In the time span covered in the film, Lopez was starring in and producing the acclaimed drama “Hustlers,” winning her Oscar buzz, and she was tapped to perform in the 2020 Super Bowl with Shakira.

The two events were high points for Lopez yet still reflected some of the struggles she faced along the way. Splitting the Super Bowl stage is sometimes seen in “Halftime” as a matter of frustration. Lopez calls having two headliners “the worst idea ever,” not because she isn’t enthusiastic about the collaboration with Shakira but because of the time pressures of fitting in each others’ songs. Lopez also fights to have the plight of immigrant children separated at the U.S.-Mexico border incorporated into the performance. Lopez initially sought a cameo by Bruce Springsteen to sing “Born in the U.S.A.”

At the same time, Lopez was unexpectedly looked over for her first Academy Award nomination for “Hustlers,” a female-led production about making your way in a male-controlled industry. The weight of those expectations is seen in scenes like one following the Golden Globes, where Lopez says “I let everyone down” after not winning. Missing on an Oscar nomination, she says, was disappointing because so many had suggested it was inevitable.

“The truth is I really thought I was going to be nominated,” Lopez says in the film.

“We didn’t want it to seem like the world’s smallest violin,” says Micheli. “But it’s compelling to see someone really striving and wanting something so badly. Stars are not supposed to admit they want an Academy Award. But she admits in the film that she got her hopes up, she wanted that recognition. Who wouldn’t?”

Micheli thinks that before making “Halftime,” Lopez hadn’t really processed some elements of her life depicted in the documentary.

“The way the press treated her looking back is kind of crazy,” she says. “Watch the clip of people talking about her ass. I didn’t understand until I met her how that affected her, that she really felt like people were questioning her talent and still do sometimes. I think she really felt like she was fighting to prove herself always and had to work twice as hard as anyone else to prove herself. I think a lot of marginalized people feel that way.”

“She looked at me and said, ‘My body’s shaking. I haven’t seen myself like this before,’” says Micheli. “In that moment, seeing herself, she had a realization of what that fighting was for.” 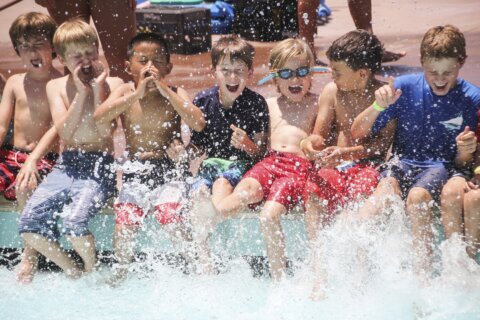 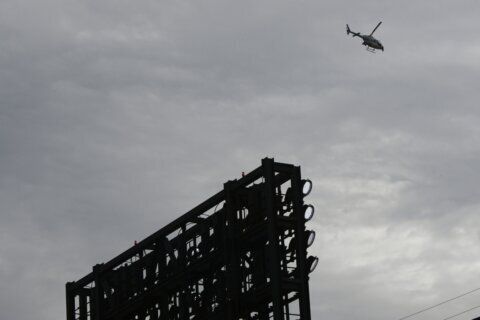