Nevada casinos go record 9 months with $1B in house winnings

The $1.32 billion in casino winnings reported statewide last month was up from $1.22 billion in October, and almost reached the record $1.36 billion figure set last July, the Nevada Gaming Control Board reported.

The streak beat the previous record of eight consecutive months set before the Great Recession, from October 2006 to May 2007, board senior analyst Michael Lawton said.

Lawton said the previous record was $61.8 million in sports bets won by casinos in November 2020, and he noted sports books took in more than $1 billion in wagers in consecutive months for the first time. Most sports wagers were made with mobile betting apps.

“The continued acceptance of mobile sports wagering by customers is driving these results,” Lawton said. “This month represented the highest monthly total recorded in mobile (bets) since the board began tracking these wagers in January 2020.”

Business generally has been buoyed by visitors with money to spend, Lawton said, and a sustained rebound of leisure travel and the return in early November of airline flights from international places other than Canada and Mexico.

Special events and entertainment also helped push casino winnings for the year-to-date to almost 12% past 2019 levels. Only North Las Vegas and Laughlin are still below 2019 calendar year levels, Lawton said.

Most economic and revenue comparisons don’t use 2020, when many businesses were closed because of the COVID-19 pandemic.

Nevada collected almost $93.6 million in tax revenues based on the November figures, the report said.

The former McCarran International Airport reported Tuesday that it handled about 4 million arriving and departing passengers in November, down just 4.4% from the same month in 2019.

The Las Vegas Convention and Visitors Authority reported 3.1 million visitors during the month, down 8% from 3.4 million in October. The regional tourism agency reported an average daily room rate of almost $156, up more than 15% from November 2019.

This story corrects the room rate comparison in the final paragraph to November 2019, not a year ago. 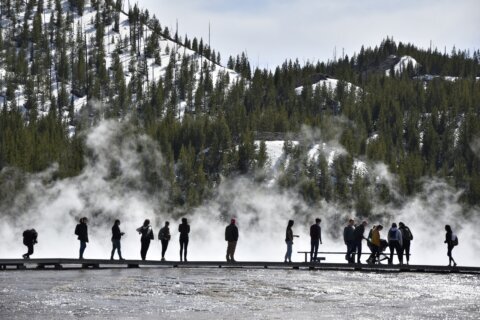