HELENA, Mont. (AP) — The U.S. Forest Service has delayed a proposed logging project just outside the boundaries of Yellowstone National Park that the agency said was meant to reduce the risk of fire and improve forest health, but that opponents said would harm habitat for grizzly bears, lynx, pine martens and wolverines.

The project was aimed at protecting structures in the area where the forest meets West Yellowstone, a gateway town to the park, the Bozeman Daily Chronicle reported. The lodgepole pine in the area are susceptible to mountain pine beetle infestations, forest officials said.

The thinning was proposed to reduce the risk of crown fire, or fire spreading quickly through the tops of trees, said Jeff Shanafelt, a fire management officer for the Custer Gallatin National Forest.

In April, the Center for Biological Diversity and other conservation groups filed a legal challenge, saying the project would harm wildlife habitat and destroy scenery for hikers passing through the area on the Continental Divide National Scenic Trail. The groups also argued the project violated the forest’s protection plan for old growth trees.

“Logging forests under the guise of reducing wildfires is not protecting homes or improving wildlife habitat, it’s just a timber sale,” Adam Rissien, an advocate with WildEarth Guardians, said in a statement. “If the Forest Service tries to revive this scheme to clearcut native forests and bulldoze new roads in critical wildlife habitat just outside of Yellowstone, we’ll continue standing against it.” 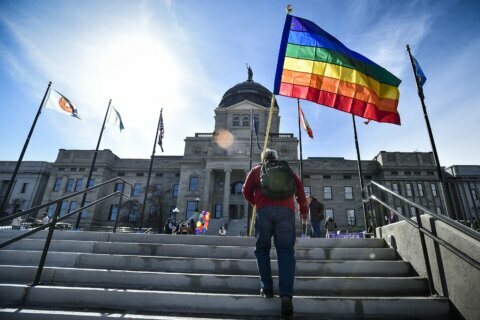