4 ways color choices can cost or save you money

Henry Ford famously said “any customer can have a car painted any color that he wants so long as it is black,” and from 1914 to 1926 the company’s cars did, in fact, only come in black. The great industrialist’s decision to stick with black was at first a cost-cutting move — black paint was cheaper and more durable — but eventually it turned out to be a choice that cost him. In 1926, dwindling sales forced Ford Motor Company to offer cars in more than black to compete with competitors.

While we aren’t likely to make color decisions as big as Ford’s, our choices do affect our bottom lines, often in unexpected ways. Here are a few:

According to Axalta’s 2014 Global Automotive Color Popularity Report, white is the most popular automotive color in the U.S., followed by black and silver. White has been the leading color in North America since 2006.

A few studies have looked at the connection between car color and accident rate. A 2007 study from Monash University in Australia concluded that white is the safest color because of its visibility during daylight hours.

Silver gets the nod in terms of car washing and maintenance. Owners of silver cars can expect to spend less on car washes and detailing because their cars hide dirt and blemishes so well.

For buyers planning to sell their cars in several years, white, silver and black would be sound choices. Their popularity means your car will have more potential buyers.

A “cool roof,” which uses material to reflect sunlight and absorb less heat than a standard roof, can reduce roof temperature by as much as 50 degrees F, according to the U.S. Department of Energy. One of the easiest ways to get a cool roof over your head is to paint your roof in light, highly reflective paint. A cooler roof translates into cheaper air-conditioning costs.

With paint, real estate professionals and home designers often advise their clients to opt for neutral colors, wherever possible, to broaden the market and boost sales. Idiosyncratic colors may please owners, but renters and potential buyers may not share the enthusiasm. That burnt umber dining room should probably be repainted beige.

Dustin Edwards, a property manager and real estate agent in Long Beach, California, is a neutral hue proponent. “Using neutral colors on walls and trim of your house leaves room to be bold on colors with your accessories,” he says. “Our go-to colors for interior paint are Toasted Cashew and Swiss Coffee by Behr. We steer a little darker on the color palette for the main exterior color with Fig by Behr to help the landscaping pop.”

In a study published in the journal Appetite in 2013, scientists found that food served on red plates suppressed consumption of popcorn and chocolate chips more than those served on blue and white plates. Another study in Appetite saw the same effect with snack foods and soft drinks served in red and blue cups.

Scientists at Cornell University’s Food and Brand Lab made another discover about the effect of color on appetite. The so-called “Large Plate Mistake” describes a tendency to serve ourselves large helpings if our plates are large. Researchers found that color can play a role here, too. Low color contrast between food and plate — green beans on a green plate, for example — resulted in larger servings. Higher contrast — like pasta with tomato sauce on a white plate — led to smaller servings. Intriguingly, low contrast between dinnerware and background — between the plate and the table or tablecloth — had the opposite effect.

The end result? Choosing the wrong plate and tablecloth colors might cost you in food dollars and calories.

Researchers have found that color can be used to enhance the “isolation effect,” or our ability to recall things that stand out. For example, store sale signs are often painted red, which may lead you to believe that the color motivates purchases. Instead, it’s the sign’s contrast with the rest of the store that draws attention.

In this case, it’s not the color you choose that may be costing you, but how color encourages you to make the choice. Buyer beware.

12 Ways to Save More in the Springtime

4 Ways Color Choices Can Cost or Save You Money originally appeared on usnews.com 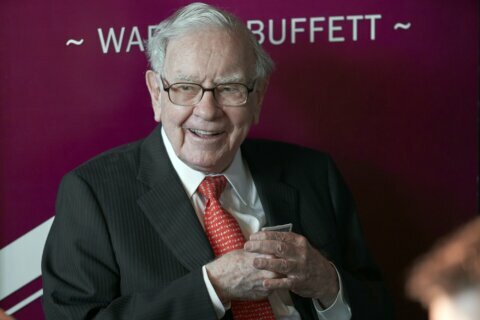