RIO DE JANEIRO (AP) — Millions of Brazilians — and likely the president’s reelection campaign — will get a hefty boost from a measure approved by Brazil’s Congress that sharply raises subsidies for the poor less than three months before presidential voting.

Lawmakers voted Wednesday to declare a state of emergency that waives a constitutional cap on government spending. That will allow the equivalent of about $7.6 billion to increase welfare benefits, from 400 to 600 reais (about $110) a month, as well as a subsidy for cooking gas and new cash-transfer programs for truck drivers and taxis, among other measures.

That money goes a long way for poorer Brazilians at a time of double-digit inflation and persistent unemployment. More than 10 million Brazilians, out of a population of roughly 210 million, are without a job.

The bump is temporary, however, ending in December.

“He (Bolsonaro) thinks he can buy people. He thinks people are a flock, that people don’t think,” da Silva said in a radio interview this month. “People have to take the money, but that’s not what will solve the problem, because all this (the increased funding) ends in December.”

The opposition had hoped to postpone the vote until next month to reduce the political gains for Bolsonaro. But the bill passed the lower house with a large majority – 469-17.

The text already passed the Senate.

“They knew they had to vote in favor of it,” said Lucas de Aragão, a partner at Brasilia-based political consultancy Arko Advice, noting that many lawmakers will also be up for reelection in October. “How could they position themselves against a bill that increases benefits, regardless of who will gain electoral benefits from it, or the motivations behind it.”

De Aragão said Bolsonaro is especially likely to benefit because the money from his government will go to poorer people who usually back da Silva. 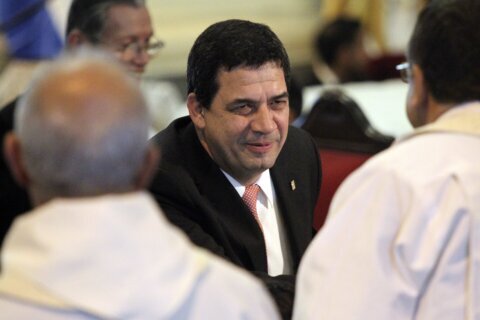