MONTEVIDEO, Uruguay (AP) — Uruguay stopped administering coronavirus vaccine to children under age 13 after a judge ordered on Thursday that all inoculations in that age group halt until officials present documents relating to contracts signed with vaccine manufacturers.

Judge Alejandro Recarey issued the injunction under a petition filed by a lawyer who represents a group of anti-vaccine activists.

The vaccinations in children under 13 had been on a voluntary basis, and the government said it will appeal the decision.

Alvaro Delgado, the secretary of the presidency, characterized the halt as a threat to public health.

“We’re convinced that it’s crazy to suspend voluntary vaccination because it has a strong scientific backing,” Delgado said at a news conference.

Vaccinations for those older than 13 will continue, the Health Ministry said in a news release.

The lawyer who sought the injunction, Maximiliano Dentone, represents anti-vaccine activists who have demanded that contracts with vaccine manufacturers be made public.

The judge ordered the vaccination after receiving on Thursday answers to 18 questions about the safety and chemical composition of the vaccines that was signed by Health Minister Daniel Salinas.

Salinas published an open letter after the ruling strongly defending the government’s vaccination plan and criticizing the judge for questioning the safety of vaccines.

“Many Uruguayans under 13 have been able to receive the necessary doses, but others have not,” Salinas wrote.

The judge is seeking, among other things, to know whether there are clauses in the contracts that promised civil and criminal immunity due to any adverse effects from the vaccines. Recarey also wants information about the chemical composition of the vaccines.

COVID-19 cases have been on the rise in Uruguay in recent weeks along with other respiratory infections that are typical of winter months.

As of Thursday, 44% of Uruguayan children between ages 5 and 11 and 75% of those between 12 and 14 have received two doses of coronavirus vaccine, according to Uruguay government data. 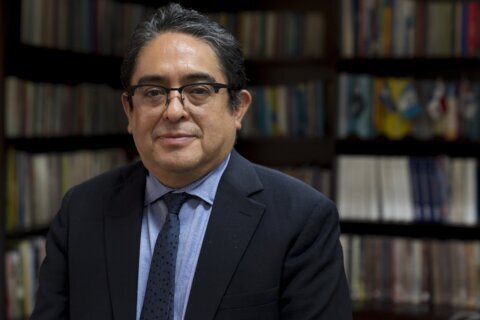