The U.S government alleges Bukele’s government bought the gangs’ support with financial benefits and privileges for their imprisoned leaders including prostitutes and cellphones. The explosive accusation cuts to the heart of one of Bukele’s most highly touted successes in office: a plunge in the country’s homicide rate.

Bukele’s office did not immediately respond to a request for comment, but the president responded sarcastically via Twitter. “Cell phones and prostitutes in the prisons? Money to the gangs? When did that happen? Didn’t they even check the date? How can they put out a such an obvious lie without anyone questioning them?”

Bukele vehemently denied the accusation when it was reported in August 2020 by the local news site El Faro. And on Wednesday, he alluded to a gang truce negotiated by a previous administration for which several former officials are being prosecuted.

The U.S. Treasury announcement came as it designated two officials from Bukele’s government for financial sanctions.

In 2020, Bukele’s administration ‘’provided financial incentives to Salvadoran gangs MS-13 and 18th Street Gang (Barrio 18) to ensure that incidents of gang violence and the number of confirmed homicides remained low,” the Treasury statement said. “Over the course of these negotiations with Luna and Marroquin, gang leadership also agreed to provide political support to the Nuevas Ideas political party in upcoming elections.”

The two officials who negotiated directly with the gang leaders were Osiris Luna Meza, chief of the Salvadoran Penal System and Vice Minister of Justice and Public Security, and Carlos Amilcar Marroquin Chica, chairman of the Social Fabric Reconstruction Unit.

The announcement comes as a number of former officials from previous administrations are being prosecuted for negotiating a similar pact with the gangs.

Former Attorney General Raul Melara said he would investigate the El Faro report at the time, but when Bukele’s party took over congress, the new lawmakers ousted Melara and replaced him with someone linked to Bukele’s administration.

The U.S. Treasury said that an investigation into government officials and gang leaders revealed the secret negotiations. Luna and Marroquin allegedly “led, facilitated and organized a number of secret meetings involving incarcerated gang leaders, in which known gang members were allowed to enter the prison facilities and meet with senior gang leadership.”

In addition to financial benefits for the gang members, incarcerated leaders received special treatment in the prisons, including access to mobile phones and prostitutes. It said Luna also negotiated support from MS-13 and Barrio 18 gangs for Bukele’s national quarantine during the COVID-19 pandemic.

Luna and his mother, Alma Yanira Meza Olivares, also allegedly put in motion a scheme to embezzle millions of dollars from the prison system and were stealing pandemic relief supplies and then re-selling them to the government. Meza was also designated.

The revelations are sure to raise tensions between Bukele and the Biden administration. After the new congress removed the attorney general and the justices of the constitutional chamber of the Supreme Court in May, the U.S. government expressed concern over the direction of the country.

The U.S. Agency for International Development announced it would shift aid from government agencies in El Salvador to non-governmental organizations. The head of that agency, Samantha Power, then went to El Salvador and gave a speech about the fragility of democracy.

The new attorney general in June announced the government was cancelling the Organization of American States anti-corruption mission in El Salvador.

In May and July, the U.S. government published lists of allegedly corrupt officials in Central America that included the name of Bukele’s Chief of Staff Carolina Recinos.

Last month, the United States’ top diplomat in El Salvador announced that she was leaving the post, adding that Bukele’s government “is showing no interest” in improving the bilateral relationship.

Bukele enjoys extremely high popularity. He stepped into a political vacuum left by discredited traditional parties from the left and right who had left a legacy of corruption.

In a series of Twitter messages Wednesday, Bukele went on to say that in his last meeting with interim U.S. chargé d’affaires Jean Manes, she asked him for several things, including the release of a former San Salvador mayor, not to re-elect Attorney General Rodolfo Delgado and to not pursue former President Alfredo Cristiani and former Attorney General Douglas Meléndez.

Bukele said that after the meeting he cut off communication with Manes. He also said the U.S. had told El Salvador’s foreign affairs minister to stop passage of proposed “foreign agent” legislation or risk losing all international aid. That legislation has not been brought to a vote before the full Legislative Assembly.

Bukele said he told Manes he couldn’t release the former San Salvador mayor, thought Delgado was doing a good job as Attorney General and even though he had nothing personal against Cristiani and Meléndez, he wouldn’t protect them.

Tom Shannon, a lobbyist for the El Salvador government in Washington, said the U.S. government had lobbed an “artillery shell” into the country’s domestic politics with the announcement Wednesday.

He noted that the statement did not include any explanation of the evidence the U.S. government had to support the allegations.

“It’s quite remarkable the United States would treat an ally, a partner in this fashion,” said Shannon, former U.S. undersecretary of state for political affairs. He questioned whether the U.S. government was interested in having a constructive relationship with El Salvador if it turned to making public allegations rather than addressing it diplomatically directly with the government.

The U.S. Treasury did not immediately respond to a request for additional information about the investigation. 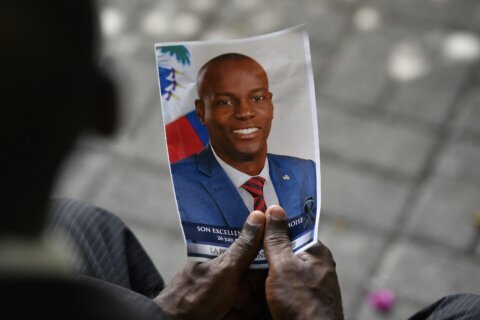 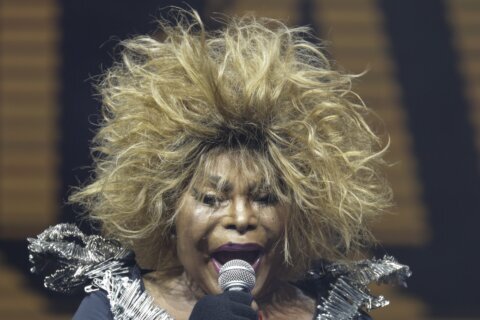