Anxiety high in Guatemala over victims of Mexico truck crash

Simply counting up the human cost of the horrifying truck crash that killed 55 migrants and injured over 100 is chilling, even for those who survived the disaster on a highway in southern Mexico.
Listen now to WTOP News WTOP.com | Alexa | Google Home | WTOP App | 103.5 FM

CHEPOL, Guatemala (AP) — Anxiety was high Saturday in Guatemala amid uncertainty about loved ones who might have been on the tractor-trailer that crashed in southern Mexico while jammed with smuggled migrants, killing 55 people and injuring more than 100.

Most of those on the truck are believed to have been from Guatemala, according to authorities, who are working to identify the dead from Thursday’s disaster in Mexico’s Chiapas state.

Victor Manuel Mateo Tiniguar, who lives in an Indigenous area of the northern Guatemalan department of Quiché, said Saturday that he is convinced his brother was among the victims.

“My brother was in the accident,” Mateo Tiniguar said, adding that he is sure one of the men shown in photographs from the accident scene was his brother, Elias. “Yes, it was him. He was lying down, but we don’t know if he was gravely injured or dead.”

Mateo Tiniguar and his family live in a house in the lower part of a ravine in the poor village of Chepol. With no work and little money, they scratched to buy any time for a cellphone so they could search the internet for information. They clung to the hope that Elias Salvador was alive and that he was one of the three injured migrants who are still unidentified.

But two days after the tragedy, they live in anguish because they cannot shake the fear that he is among the dead.

The bodies of the 55 migrants who lost their lives are scattered in three morgues while Mexican and Guatemalan officials work on identifications.

A forensic service worker, who insisted on speaking anonymously because he was not authorized to give statements to the press, told The Associated Press in the Chiapas capital of Tuxtla Gutierrez that the morgue there had to ask for help because it did not have enough capacity.

The process is being complicated and slow because many of the bodies did not have identifications and others are in poor condition, said a Chiapas state official, who also agreed to discuss the matter only if not quoted by name because he was not authorized to speak publicly.

Although some of the injured reported they were accompanied by relatives or friends, many are still not well enough to see if they can identify any of the dead, the official added.

Guatemalan authorities have made several phones available to citizens, and Mexican officials say relatives of six victims have already come to Mexico.

But in Quiché and other poor areas of Guatemala, answers are lacking.

Mateo Tiniguar said his brother Elias had left home Wednesday with a change of clothes in an old backpack. The would-be migrant did not pay for his trip, but went into debt for about $12,000 that he had to pay if he managed to enter the United States, the brother said.

He said Elias didn’t tell anyone else he was leaving. He said his brother felt they had to do something to get out of their poverty, especially since their father had a stroke and needs medicine.

“My young kid left to be able to buy my husband’s medicine,” said Dominga Tiniguar, mother of the missing man.

Hundreds of people are estimated to migrate from Guatemala each day, driven out by the Central American country’s extreme poverty. The nearly 3 million Guatemalans living in the United States have sustained their homeland during the pandemic, sending back.$11 billion, which is a little more than 14% of the country’s economy, the central bank says.

Mateo Tiniguar said none of his nine brothers learned to read and write. Their father, who shined shoes in Guatemala City, couldn’t earn enough to send them to school. He said his brother felt he had an opportunity when a migrant smuggler offered to help him find a job in Chicago that would pay more than the $5 he could earn daily on farming tasks in his community.

A neighbor, Martín Méndez, was another migrant from Chepol who was in the doomed trailer, but suffered only minor injuries and was recovering Saturday at a hospital in Chiapas.

Many of those who died were glued to the walls of the shattered trailer. Those who were in the center were saved, protected by the bodies of their companions.

“My face is swollen but the wounds are healing, I’m no longer in pain,” Mendez said by phone from a hospital corridor where mats have been down on the floor for the less seriously injured.

The 25-year-old is in constant contact with his family in Chepol and counts down the hours to be allowed to leave the hospital. “I want to go home,” he said.

Knowing his neighbors are worried about Elías Salvador Mateo Tiniguar, Mendez said he has asked officials about the missing man but they have not been able to give him information. He said he last saw Elias lying seriously wounded and unable to speak.

Mendez’s brother Pedro has been working with Elias’ brother to search various online media for information about Elias. Pedro said the two have considered going to Mexico to look for information.

Mexican and Guatemalan officials say they are investigating the network of traffickers that operated the trailer, one of the routes through which thousands of migrants cross Mexico daily to the border with the United States despite attempts by governments in the region to contain the flows.

Authorities also are working to expedite aid to the injured and provide help with identification papers. Mexico also has offered humanitarian visas to survivors who want to stay in Mexico.

For relatives, the urgent thing is to learn the fate of their loved ones.

“I want you to please help me look for him, whether he is alive or dead,” said Mateo Tiniguar. 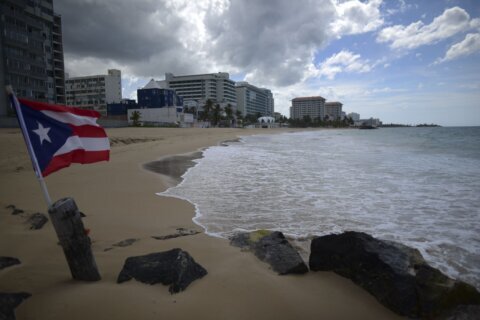 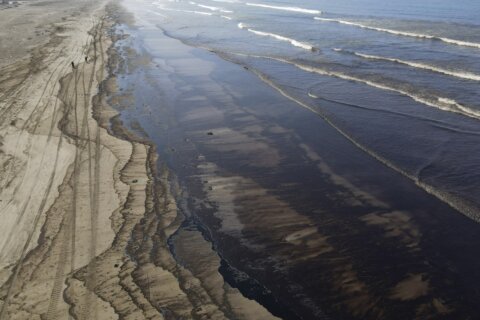