VILLA DEL ROSARIO, Colombia. (AP) — Xiomara Ruiz woke up before dawn and boarded a bus with her son to make a one-hour trip to the bridge connecting Venezuela to Colombia, which they crossed on foot. Their goal: to get the 8-year-old vaccinated against the coronavirus.

By 7 a.m. the 27-year-old nurse and the boy were lining up at a vaccination center in Villa del Rosario, a Colombian town on the border with Venezuela.

About two dozen Venezuelans also stood in line for the shots, while an aid worker in a khaki vest yelled out instructions on a megaphone and told the crowd to keep a safe distance from each other as they waited for the vaccination center to open.

“In the town where I live there are still no vaccines for children,” said Ruiz, who traveled to Colombia from the border state of Tachira. She was concerned by a recent announcement by Venezuela’s government that children under 12 will be vaccinated with Soberana, a coronavirus vaccine developed in Cuba.

“That one is not approved by the World Health Organization,” Ruiz said. “It’s better to make the trip here.”

Hundreds of Venezuelans have been traveling to Colombia recently for coronavirus shots, as Venezuela struggles to get enough doses for its people.

These trips replicate previous efforts by Venezuelans to seek medical care abroad as their country’s health care system crumbled amid years of medicine shortages, economic recession and mismanagement of public hospitals. But travel restrictions and regulations associated with the pandemic have made it more challenging for Venezuelans to get vaccines in neighboring Colombia.

Colombian border states, which provided thousands of Venezuelan children with vaccines against tetanus, diphtheria and hepatitis for free before the pandemic, only started to provide coronavirus shots to Venezuelan travelers in October.

Now that the gates are open many are seizing the opportunity to get shots in Colombia, which has greater access to European and North American vaccines and only uses shots that have been approved by the WHO.

“Vaccine coverage is very low in Venezuela,” said Huniades Urbina, a pediatrician and spokesman for the Venezuelan Academy of Medicine. “So for many people, especially those living in border states, it’s worth it to travel into Colombia to get their children vaccinated, instead of having to go several times to vaccination centers within Venezuela.”

In the Colombian state of North Santander, where the main border crossing is, more than 34,000 people registering at vaccination centers with Venezuelan ID cards have gotten coronavirus shots since Oct. 25, when vaccination for non-residents began, according to the state’s health department. That includes undocumented migrants living in North Santander as well as Venezuelans who traveled just to get the shots.

In the state capital of Cucuta, the number of vaccines applied daily has doubled to 9,000 since the end of October, said Astrid Urbina, the nurse leading the city’s immunization program.

Some Venezuelans who travel to Colombia in search of coronavirus vaccine said they were looking to get immunized with European or North American brands that are not available in Venezuela for several reasons that include lack of government permits, lack of infrastructure for vaccines that must be stored at ultra cold temperatures and sanctions imposed by the U.S. against companies that do business with Venezuela’s government. In June, however, the U.S. Treasury made exemptions for companies that sell vaccines and pandemic-related equipment to the Venezuelan government.

Eduardo Sánchez, a 22-year-old resident of the Venezuelan border town of San Antonio, crossed the international bridge that connects the countries Friday after hearing he could get a dose of the AstraZeneca vaccine on the Colombian side.

“In Venezuela we have been offered the Chinese vaccines, but I don’t trust them,” he said. “Here at least you can get AstraZeneca, which has greater recognition.”

Venezuela has fully vaccinated 32% of its population so far, according to data supplied by its government to the Pan-American Health Organization. The country of 28 million people has been able to import vaccines from China, Russia and most recently Cuba, but still has one of the lowest vaccination rates in South America.

On Oct. 21, Venezuelan Foreign Minister Delcy Rodríguez announced that 12 million doses of Cuba’s Soberana vaccine would be imported and offered in schools to children ages 2 to 12.

Rodríguez said the move demonstrated President Nicolás Maduro’s “concern for the health and welfare” of the Venezuelan people and showcased the benefits of Cuba’s longtime alliance with Venezuela.

But medical associations in Venezuela have spoken out against the use of the Cuban vaccine on children, arguing it has not been widely tested or reviewed by scientists outside the island.

Colombian officials in North Santander said the number of Venezuelans travelling for vaccines has increased since Nov. 3, when vaccination for all children over age 3 opened in the state.

Antonio Niño, a driver from the Venezuelan town of Rubio, brought his 8-year old daughter, Nicole, to get her vaccinated.

“My wife and I preferred to come to Colombia,” he said. “They have vaccines here that have WHO approval, and that makes us feel more secure.” 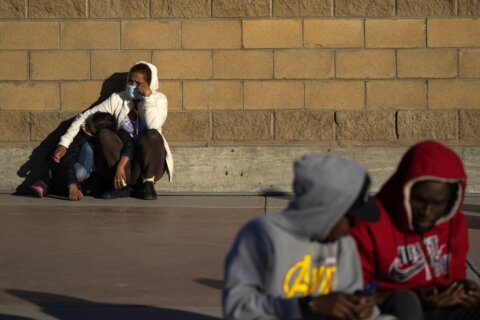 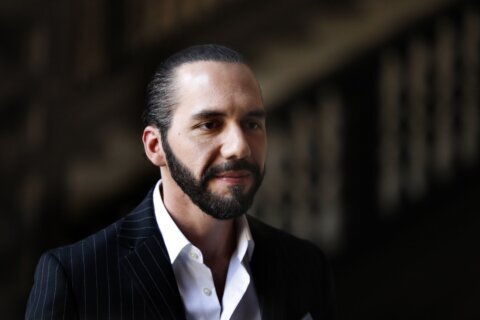