In a video posted on social media Thursday, a group of about 30 masked men are seen holding mainly hunting rifles and shotguns in the woods. The group said it is made up of members of the Tzeltal and Tojolabal communities from the rural township of Altamirano.

The group’s spokesman said he would not reveal the name of the self-styled “self defense” group, “out of respect” for the rebels of the Zapatista movement who hold territory near by.

The masked spokesman read a statement condemning the rich, politicians, thieves and “the exploitation of our resources.”

In July, a couple of hundred armed men descended on another Chiapas mountain township, Pantelho, and burned vehicles and at least a dozen homes, vandalized the town hall and abducted 21 people, causing hundreds of residents to flee.

Those vigilantes, who appear to include members of the Tzotzil group, also called themselves a “self-defense force,” a phenomenon seen for years in some western Mexican states.

After El Machete announced its presence earlier this month, President Andrés Manuel López Obrador said he would not accept the presence of the so-called self-defense forces, which have often themselves been allied with criminal gangs. 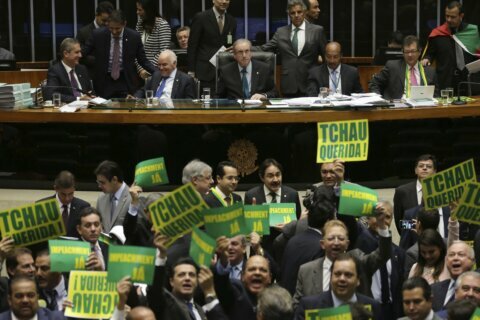