Haitians heading to US change plans, ready to wait in Mexico

MONTERREY, Mexico (AP) — Violene Marseille, her husband and two children were on a bus heading north through central Mexico when they received messages warning them their destination on the U.S.-Mexico border was no longer a safe place to cross.

Other Haitians already in Ciudad Acuña and Del Rio, Texas were telling them the U.S. was flying people back to Haiti. That Sunday, more than 320 people were sent Port-au-Prince on three flights.

Stepping off their bus in the bustling station of the northern industrial and transportation hub of Monterrey, Marseille spotted Mexican immigration agents and hurried to the Casa INDI migrant shelter. A trip they had started more than two months earlier in Santiago, Chile was over for now, less than 140 miles (225 kilometers) from the U.S. border.

As U.S. authorities moved out the last of the more than 14,000 migrants gathered beside a border bridge in Del Rio, thousands of other Haitians who were en route to the border from South America were realizing their time window to make it to the United States had closed. So now, as they have done before, they are looking to legalize their status in the countries they find themselves in, get work and wait until the next opportunity to once again head north.

Marseille arrived in Santiago, Chile in 2016 looking for better opportunities than she found in Haiti. Haiti has experienced a massive outward migration for more than a decade, set off initially by the devastating 2010 earthquake and followed by successive natural disasters, political turmoil and economic stagnation.

Marseille legalized her status in Chile — she still has legal residency — and found a job with a cleaning company that worked in hospitals. She had been a hair stylist in Haiti and her husband John Telisma is a mason. In Chile, they settled in to work, save and raise their family, but eventually making it to the United States was the goal.

A conservative government in Chile made them feel less secure and Marseille saw policy changes she thought could negatively impact them down the road even with their legal status.

So in July, she decided it was time to resume the journey to the U.S. They set out on a voyage by plane, bus and foot that took them through 10 countries, following instructions shared by others via WhatsApp and Facebook.

Like tens of thousands of other migrants this year, they hiked through the treacherous Darien Gap, a dense, lawless jungle that divides Colombia and Panama.

“On the trip they stole my wedding ring,” Marseille said. “I saw how they assaulted girls and women, it was horrible.”

The family — Marseille, Telisma, a 3-year-old son born in Chile and an 8-year-old daughter born in Haiti — was already well into Mexico, headed north from the capital, when the news from Del Rio forced a change of plans.

“We don’t want to return to Haiti, there’s no government there,” Telisma said. He fills his days volunteering at the shelter, helping to unload food and other donations. “We want papers, documents to be able to get a place to live here.”

Those papers could be long in coming. Mexico’s refugee agency has been overwhelmed and is backlogged. So far this year, about 19,000 Haitian migrants have requested asylum in Mexico. The agency’s director, Andrés Ramírez said this week via Twitter that the number of Haitian applications through August this year was 56% above all those received from 2013 to 2020. He said hundreds had arrived this week to all of the agency’s offices across Mexico.

Mexico has been sending migrants from Ciudad Acuña to the southern city of Tapachula near the Guatemala border this week. The government has maintained what is a essentially a containment policy that seeks to keep asylum seekers in southern Mexico and away from the U.S. border. But it is Mexico’s poorest region, there is little work and migrants have grown tired of waiting there.

There were long lines of mostly Haitian migrants outside the refugee agency’s offices in Mexico City this week.

Marseille’s family was among some 1,500 Haitians who have arrived at the shelter since Sunday. They have been told officials from the refugee agency will come to the shelter Monday to photograph applicants.

Ana Estache, 43, who was travelling with her husband and two children, said she had even considered returning to Chile.

“I could go back if they don’t give us papers here, my son is Chilean,” she said. Still she said she had not let go of the dream of getting to the U.S. for a chance at a better life.

Selomourd Menrrivil, 43, of Cap-Haitien, has continued receiving daily updates all week from other Haitians in Del Rio and Ciudad Acuña. He too arrived Sunday with his wife and two teen daughters. The bottom line: don’t come now. So he too wants to legalize his status in Mexico.

After living and working in Chile he managed to save $10,000, but he has spent it all to make it to Monterrey.

“Now we don’t have hardly anything, we sold everything to make it here,” Menrrivil said. “The greatest wish I have to be able to be legally in a country with my family, find a job to survive.” 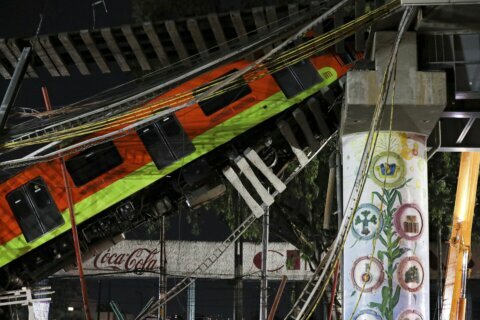 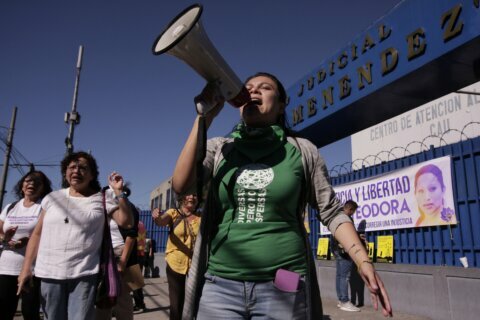