ACAPULCO, Mexico (AP) — Residents of Acapulco began cleaning up broken glass and chunks of plaster Wednesday as they took in the full impact of a magnitude 7 earthquake centered nearby that shook most of southern Mexico, killing one person.

Many people slept outside overnight as more than 150 aftershocks rattled the hills around the beachside destination.

The quake struck shortly before 9 p.m., sending panicked people into the streets in Acapulco as well as in Mexico City, where it swayed buildings nearly 200 miles (320 kilometers) from the epicenter.

The U.S. Geological Survey said the quake was centered 17 kilometers (about 10 miles) northeast of Acapulco.

“Fortunately, there was not greater damage,” President Andrés Manuel López Obrador said Wednesday. “So far one victim, a young man who was driving a motorcycle and lost his life” in nearby Coyuca de Benitez.

The temblor caused landslides, but major highways were open. The Acapulco airport suspended operations, but the company operating it said it planned to resume normal operations by midday.

Rumors of a possible tsunami caused fear in some low-lying neighborhoods immediately after the earthquake, driving some to higher ground, but an alert was never issued and no change in the sea level recorded.

Silvia Soto Navarrete, who lives in a working class neighborhood of Acapulco, was troubled Wednesday by the cracks in her 70-year-old home. “It was terrifying to see how the walls of my house moved,” she said.

Mónica Menchaca found damage to her bathrooms and other parts of her house. “The repairs are going to cost a lot and I don’t have a cent,” she lamented.

In the tourist zone, fallen posts crushed cars in front of hotels. Guests milled about outside, jittery and waiting for the all clear. Some stood in the median of the beachside boulevard with their roller suitcases.

Other towns along the coast reported structural damage to buildings, but no loss of life.

Meanwhile, in the central Mexican state of Hidalgo, teams continued evaluating the damage from flooding that swamped downtown Tula, when the Tula River jumped its banks.

At least 16 people died at the local Social Security Institute hospital. López Obrador raised the death toll from the flooding there to 17 Wednesday, but it wasn’t immediately clear where the other flood death occurred. 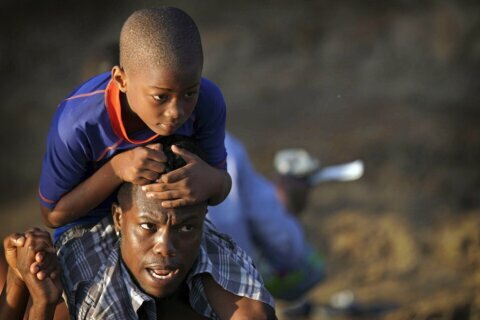