MIAMI (AP) — A federal judge has sentenced a Miami money manager to nearly four years in prison for his role in a $1.2 billion conspiracy to embezzle funds from Venezuela’s state-owned oil company.

Prosecutors had been seeking a much stiffer sentence against Gustavo Hernandez Frieri, arguing that he had misled them about his assets and business dealings after pleading guilty in 2019 to a single count of conspiring to launder money.

But Judge Kathleen Williams late Friday found that Hernandez’s role in the conspiracy didn’t justify the nearly 10-year sentence prosecutors were seeking since he had no involvement in the original bribery scheme.

She did, however, scold Hernandez for undermining the pledge he made as part of his plea deal to assist prosecutors in locating and forfeiting $12 million in assets — the equivalent of the amount that he managed on behalf of a corrupt executive at oil giant PDVSA.

Hernandez is only the second individual sentenced as part of Operation Money Flight, a major investigation into how businessmen bribed officials in President Nicolas Maduro’s government to siphon billions from PDVSA through bogus currency deals.

Proceeds from the overall scheme were funneled through shell companies and bank accounts in Switzerland, Malta and Hong Kong before being hidden in luxury real estate in Miami, Spain and elsewhere.

Hernandez’s lawyers argued that he had lived a meaningful life dedicated in part to philanthropy until he was approached by an informant working under the direction of federal investigators to move money on behalf of Abraham Ortega, the bribe-taking PDVSA official, who has also pleaded guilty.

Less than 1% of the $1.2 billion identified as part of Money Flight ever touched Hernandez’s hands. Some of the funds deposited with his firm, Global Security Advisors, came from an undercover, U.S. government-controlled account. Defense attorneys also pointed to 10 meetings he had with investigators as a sign of his cooperation.

“This is not heartland money laundering,” said defense attorney Michael Pasano. “From a money perspective, he’s a blip on the screen.”

Judge Williams acknowledged the large number of letters she had received highlighting Hernandez’s work on behalf of Techo, a nonprofit youth-led organization that builds low-income homes in Latin America. As vice chairman of a U.S. affiliate of the group, Hernandez dramatically expanded its fundraising capacity.

But she said she felt “whipsawed” by Hernandez’s acceptance of responsibility for his crime while diminishing his responsibility in the overall scheme.

“Mr Hernandez has done more since his plea to obscure who he is than to reveal who he is,” Williams said.

Bhakta himself has not been implicated in wrongdoing, but prosecutors say the investments should have been reported.

The two last year joined efforts with Hernandez’s ex-wife to launch a company selling meat from a Florida farm owned by Bhakta. Hernandez’s friends have described the venture as an attempt to provide for his family while he is locked away.

Prosecutors also say Hernandez moved to give his ex-wife control of a trust that owns a $2.7 million home in the leafy Miami suburb of Coral Gables. The two divorced shortly after Hernandez’s arrest, but are living together in that home, control of which — along with a Brooklyn town home — is disputed in a related forfeiture case. Hernandez maintains he resigned as trustee of the trust, which was created in 2013, on the advice of his lawyer and it is now fully controlled by his ex-wife for the benefit of their children.

Ortega, the former executive director of financial planning at PDVSA, allowed the ring’s members to turn windfall profits overnight through fake loans taking advantage of the vast gap between Venezuela’s official currency exchange rate and the black market rate. He is scheduled to be sentenced next week.

Some of the bribe proceeds were transferred to accounts in Hernandez’s native Colombia by Global Security Advisors, which Hernandez ran with his brother and former brother-in-law. The company entered liquidation following Hernandez’s arrest.

Around $2 million of the bribes paid to Ortega was invested in a Manhattan-based importer of Italian wine where Hernandez was also an investor called Domaine Select Wines & Spirits. Domaine was sold following Hernandez’s arrest and changed its name. No shareholders other than Hernandez have been accused of wrongdoing. 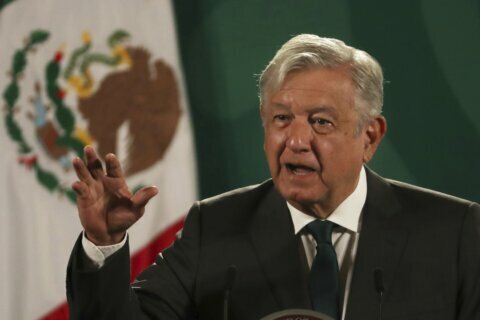