QUITO, Ecuador (AP) — Ecuador experienced its deadliest prison riots ever this week when seemingly coordinated fights broke out in facilities in three different cities, leaving 79 inmates dead as of Wednesday and exposing the limited control that authorities have over people behind bars.

Hundreds of police officers and military personnel converged on the prisons after the unrest began Monday night in the maximum-security wings as rival gangs fought for leadership.

President Lenín Moreno, whose term ends in May, on Wednesday said he will ask other South American countries for help to tackle the crisis in Ecuador’s prisons and acknowledged the system is deficient and lacks financial resources.

Inmates in two prisons attempted to keep fighting Wednesday despite heavy police response. Television footage showed smoke billowing from one of the facilities.

Some 70% of the country’s prison population lives in the centers where the unrest occurred. The national agency responsible for the prisons said 37 inmates died in the Pacific coast city of Guayaquil, 34 in the southern city of Cuenca and eight in the central city of Latacunga.

“Ecuadorian prisons are overpopulated, as they always have been, as are prisons in nearly every country,” said Mark Ungar, a professor of political science at Brooklyn College in the U.S., who has researched prisons in Latin America.

In addition “is this amazingly repetitive practice of putting members of different gangs within the same facility, which is kind of cardinal rule No. 1 not to do because their practices continue within the prisons,” he added.

“So, the very fact of putting them together is a recipe for violence.”

Ecuador’s prisons were designed for some 27,000 inmates but house about 38,000. Their maximum-security areas tend to house inmates linked to killings, drug trafficking, extortion and other major crimes.

Authorities have said this week’s clashes were precipitated by authorities’ search for weapons.

Television footage on Tuesday showed some prisoners jumping from high walls and others trying to force open prison doors. Prisons Director Edmundo Moncayo said then that two groups were trying to gain “criminal leadership within the detention centers” and 800 police officers were working to regain control of the facilities.

“They are disputes between national gangs that seek to monopolize the power that was left vacant in the prisons by the death of a criminal leader in December, and that has given way to this massacre with violence never before seen,” Camacho said. “There are prisoners beheaded, dismembered, their hearts removed.

“The prisoners had several hours to do what they wanted, and when the police arrived, they did not put up much resistance,” he added.

Over the past three decades, Latin American prisons have seen fires, riots, massacres and other forms of violence. Ungar said conditions have not improved because there is no political incentive to improve the facilities.

“There is such a strong anti-crime … political momentum to arrest people and have them sit in prison, whether … they’re guilty or not,” Ungar said. “So, no politician, no official has an interest or incentive to improve that because it doesn’t benefit the political game.”

Moreno said in a speech to the nation that he had ordered the Ministry of Finance to allocate resources needed to address the issue and said the military will help control arms, explosives and ammunition around the prisons for as long as it is necessary.

“There are dark forces that threaten our coexistence. That cannot be allowed” Moreno said. He promised “to fight the battle against drug trafficking until the last day of my administration.” 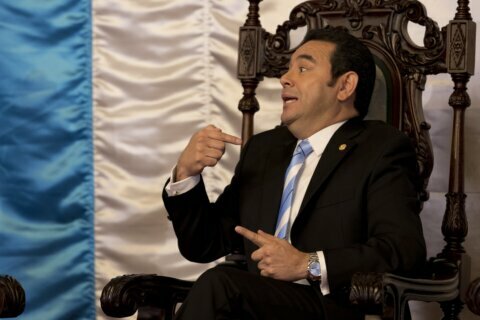 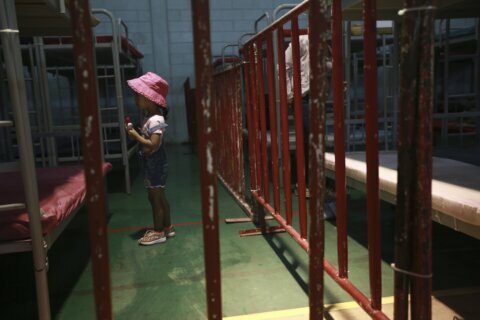 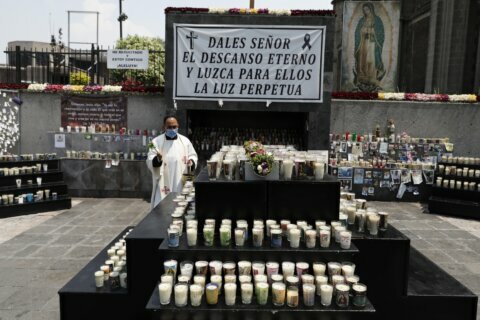