This content is sponsored by the Montgomery County Alcohol Beverage Services.

From coast to coast, Americans were affected by economic turbulence from the coronavirus pandemic over the past year, but few were hit harder than African Americans who own businesses.

“Nearly half of Black small businesses had been wiped out by the end of April as the pandemic ravaged minority communities disproportionately,” according to a report cited by Forbes magazine.

Black-owned businesses were more than twice as likely to shutter as their white counterparts.

“It’s the first time we’ve ever done anything like this,” said Melissa Davis, senior marketing officer for ABS, the department responsible for distribution of alcohol in the county.

ABS manages the wholesale distribution of alcohol, operates dozens of retail stores that sell alcohol and manages alcohol licensing, enforcement and education for more than 1,000 businesses.

Throughout February, which is Black History Month, ABS is highlighting Black-owned brands in the world of wine and spirits and drawing attention to influential difference-makers who have smashed through barriers in the industry.

One of those trailblazing individuals is Brenae Royal, the vineyard manager of the historic Monte Rosso vineyard in Sonoma, California.

“I kind of grew up being the only [Black person around], and that kind of pushed me into joining different things because I knew that I would stand out,” Royal said in an interview with Wine Spectator magazine.

“By the time I entered the wine industry, I was already comfortable being the only one, and I look at it as a position of power because people are going to know your name regardless of if you’re in the room or not.”

At the 26 retail stores operated by Alcohol Beverage Services across Montgomery County, shoppers will find deals on Black-owned brands from the wine and spirits industry as well as on brands where prominent African Americans have lent their voices to the initiative.

Those brands are being offered at a 10% discount in February.

“We’re talking about some very small locally-made brands to national brands with celebrity endorsers,” said Davis. “That’s one of the things that makes the ABV program so exciting, these products run the gamut.”

Blackleaf Vodka, the creation of Washington, D.C. resident Kevin Larkai, is among the locally-made brands.

In an interview with the blog “Daycation DC,” Larkai noted that he was “born in Nigeria and raised in Bostwana” and didn’t make his way to the United States until high school where he attended school in a small town in Oregon.

He later studied at George Mason University in Virginia and ultimately found a home in D.C.

Larkai’s business strategy had been heavily focused on seeking out customers and providing samples of his vodka, but that changed during the pandemic when he had to pivot to more online and retail store sales.

“I just had to persevere and keep going,” Larkai told the blog.

Another local brand being featured by ABS is Look Vodka, which is made in Maryland and was founded by Carmelita Hilliard in 2018.

“While working for a national wine and spirits company, Carmelita recognized a market gap in the representation of minority women suppliers in the alcohol industry,” according to the Look Vodka website. “From that point on she decided to devote herself to the idea of creating a brand and movement to bridge the market gap locally.”

Hilliard said she is thankful that Alcohol Beverage Services sought her out.

“Our brand is about empowering women and minorities,” she said. “We appreciate the opportunity that ABS has given us allowing our brand to expand in their stores.”

As part of its ABV initiative, ABS branched out and began offering products from Longevity Wines out of California.

“We hadn’t carried their brand up until a few weeks ago,” said Davis.

ABS plans to celebrate this new arrival Feb. 11 by hosting a virtual Zoom event with Longevity’s founder Phil Long, who is also the president of the Association of African American Vintners.

“The goal for us is to help these brands share their stories in a new and different way,” said Davis.  “It’s a chance to put the spotlight on inspiring stories and also bring a megaphone to smaller Black-owned brands that don’t get a lot of recognition.  It’s all about awareness.” 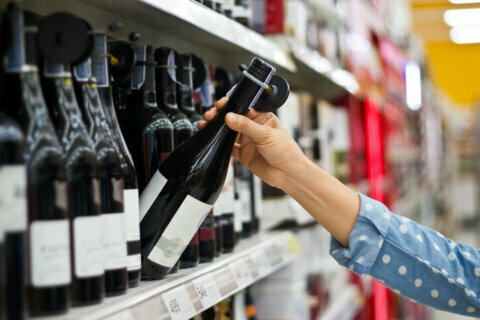