A U.S. intelligence community assessment in 2017 determined that Russia was behind a massive and sophisticated campaign to attack the 2016 presidential election and exploit divisions among Americans. After the operation was exposed, the perpetrators went dark.

Americans thought the maneuver was over, but it was only the beginning.

The seeds of another wave were already sprouting, but would not fully bloom until 2020. In the years since the initial interference took place, the divisions have exploded into violent protests, armed occupation of government buildings — even plots, this year, to kidnap and murder elected officials.

The objective of the initial operation, according to Sen. Mark Warner, D-Va., vice chair of the Senate Intelligence Committee, was to “flood the zone with disinformation.” The scheme was comprised of outright lies and partial truths about U.S. politics, candidates in the 2016 election and many areas of American culture.

The “zone” Warner referred to was social media, and, according to investigations by Facebook and Twitter, the propaganda was devoured by Americans, believing it was true.

Warner said “it was an unprecedented attempt by Russia to manipulate our most basic democratic process: our electoral process and the jewel of the crown, the presidential process.”

Volume one of the Mueller investigation into Russian interference revealed in great detail how the operation worked. Twenty-six Russians, many of them agents of the GRU, Russia’s military intelligence organization, were indicted in the process.

After the material was publicized, former Director of National Intelligence James Clapper, who led the U.S. intelligence community assessment into what happened, expressed concerned that Russian intelligence would take advantage of it to launch the next phase of its operation.

“I fear that, because of those revelations, the Russians will have back-engineered all those revelations and will try to thwart our detecting what they are doing. I’m sure they’re up to their old tricks because they found it successful, but I think it’s going to be harder to detect,” Clapper told WTOP.

Phase two of the operation, according to Fiona Hill, a top former National Security Council director and Russia expert, is underway now and requires little if any Russian activity.

It relies heavily on American divisions.

“Our own dishonest politics have been picked up and amplified by people from the outside who wish us ill.”

Hill, now a senior fellow at the Brookings Institution, said in an interview, “It is one thing for this to be happening in a domestic environment, where people are aware that this is a part of the political game.”

She believes, however, “It’s a much more different and dangerous situation, where you have outside forces — be they Russian, Chinese, North Korean or Iranian, you name it — trying to make the most of an opportunity to pit us against each other.”

The contentious 2020 presidential election, which resulted in Joe Biden defeating incumbent President Donald Trump, erupted into chaos when Trump began claiming, without proof, the election was stolen from him.

“They cheated and they rigged our presidential election, but we will still win it,” Trump told cheering supporters at a rally in Georgia on Dec. 4 for two Republican senators facing tough runoffs against Democratic competitors on Jan. 5.

As a testament to the power of Trump’s words, 1,000 miles away, that same day in Michigan, armed protesters showed up at the home of Secretary of State Jocelyn Benson as she was putting up Christmas decorations with her 4-year-old son.

“Stop the steal. You’re a felon. You’re a murderer,” they chanted.

Inspired by Trump’s claims, his refusal to concede the election and relentless attempts to overturn the results, Trump supporters who believe the election was rigged have gone to extremes to right what they see as an egregious wrong.

One of them, former U.S. Attorney for the District of Columbia Joe diGenova,  said on a cable news show — three days before Trump’s Georgia rally — that Christopher Krebs, the former director of the Cyber Security and Infrastructure Security Agency, should be killed.

“He should be drawn and quartered. Taken out at dawn and shot,” diGenova said.

He later claimed he was joking, but Krebs is now suing him for defamation, and thousands of lawyers are seeking to have diGenova disbarred.

The same day of diGenova’s comments, Gabriel Sterling, a Republican who is Georgia’s voting systems manager, approached a podium at a news conference, visibly flustered, and in an agonized voice said, “It has all gone too far. This has to stop.”

Citing diGenova’s call to kill Krebs, Sterling also revealed that a 20-year-old Gwinnett County technician, working at the county’s election headquarters, had been threatened with death, “and a noose put out saying he should be hung for treason.”

He called on Trump and other elected officials to take action. 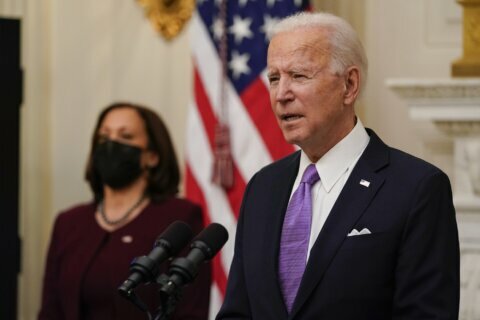 The Hunt: Authorities are tracking people who threaten to harm US officials 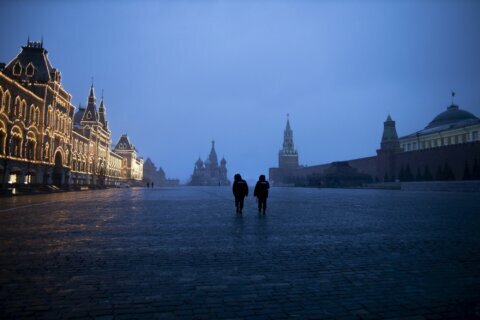 The Hunt: Far-right extremists are changing their stripes