In the next part of the "Tale of a Troll" series, a former employee of the so-called "Internet Research Agency" in Russia tells WTOP's J.J. Green about the work he did and what happened when he tried to make the move into the "Facebook Department."
Listen now to WTOP News WTOP.com | Alexa | Google Home | WTOP App | 103.5 FM

WASHINGTON — Marat Mindiyarov was unemployed in the winter of 2014, but he then found a job paying 45,000 rubles a month, or around $790, that was just a short walk from his home in St. Petersburg, Russia, that excited him.

His exhilaration turned to dejection after failing a critical exam that would have dramatically improved his salary. But, the 40-year-old would stumble into something of great value to U.S. investigators.

Mindiyarov’s employment lasted less than two months, from Dec. 15, 2014 to Feb. 2, 2015. But, without realizing it, he helped pull back the veil on a secret crusade that U.S. intelligence later discovered was the foundation for much of the activity that took place at the Kremlin-linked Internet Research Agency.

Mindiyarov worked on the domestic side of the Internet Research Agency troll operation, writing and posting misleading content on a variety of Russian issues to sites popular among Russians. The objective, he said, was to obscure the view of what was really going on inside Russia.

“What I had to write was absolutely not true. It was not an accurate picture of the life inside Russia. It was just a description of the ideal life. The reality was quite different,” Mindiyarov said.

During his brief stint, he learned that they were actually putting out propaganda.

“I was reading independent media and I was watching independent TV, and I saw how it was different from what we were doing. That made it hard for me to write about something that I completely disagreed with,” he said.

Dissatisfied with his assignments, he tried to transfer. Attempting to escape his disappointment, he ostensibly discovered a conspiracy that would later be recognized by U.S. law enforcement authorities, the intelligence community, politicians and officials around the globe as one of the most brazen attacks on U.S. democracy in history.

Mindiyarov accidentally discovered that U.S. presidential candidate Hillary Clinton was one of the main targets of the troll factory’s social media activity.

“I tried to go to the ‘Facebook Department’ because they were paid twice as much (as employees on the domestic side),” Mindiyarov said.

In order to gain access, he had to pass a special writing test.

“So, my test,” he said, “was to write about the possibility of Hillary Clinton winning the U.S. presidential election.”

Part one: “Inside the ‘internet Research Agency’ in Russia”
Part three: “Former Russian ‘troll factory’ worker faces retaliation; warns US ahead of midterms”

The peculiar assignment didn’t trigger any concerns at the time. But, in reality, it revealed a secret objective for the Kremlin-linked operation that U.S. authorities would not notice until many months later.

“At that time, the election (campaign season) was just starting,” Mindiyarov said. “Hillary Clinton had only aspired to be president. So it was not the main theme when I worked there.”

But, after he was rejected by the so-called “Facebook Department,” he learned that his affinity for Hillary Clinton likely contributed to it.

“I didn’t pass this exam,” Mindiyarov said. “Maybe my English was not good enough. Maybe because I wrote that it would be cool if Hillary Clinton would be the first female president in the U.S.”

On Jan. 6, 2017, Director of National Intelligence James Clapper, on behalf of the entire U.S. intelligence community, released a comprehensive assessment confirming the Kremlin had tried to interfere in the 2016 presidential election campaign.

It also found that Clinton was indeed a target, as Mindiyarov suspected.

“Moscow’s approach evolved over the course of the campaign based on Russia’s understanding of the electoral prospects of the two main candidates. When it appeared to Moscow that Secretary Clinton was likely to win the election, the Russian influence campaign began to focus more on undermining her future presidency,” the report read.

The assessment went on to say that later, the Kremlin campaign determined that then-candidate Donald Trump had a chance at winning the presidency. The operation was then adjusted, the assessment said, “to help President-elect Trump’s election chances when possible by discrediting Secretary Clinton and publicly contrasting her unfavorably to him.”

Social media activities, principally the “Facebook Department” operating inside the St. Petersburg troll house and trolls on Twitter, had a massive impact on Americans.

Later in 2017, Twitter identified more than 36,000 accounts connected to the Kremlin campaign that pushed out election-related disinformation. It later amended that number to more than 50,000.

Sen. Mark Warner, D-Va., vice chairman of the Senate Intelligence Committee, told WTOP in an exclusive interview last Thursday that the troll operation mastered the use of social media to amplify their message.

“What we originally thought was, well, they must have been buying a lot of advertising,” he added.

But, Warner said they later determined, “The buying of advertising sourced from Russia was really just a small piece. Their real campaign was to create fake accounts, often times with the topic that had nothing to do with politics.”

Internet Research Agency operatives that authorities believe numbered in the hundreds bought thousands of ads, totaling about $100,000 on Facebook and Instagram.

The objective, Warner said, was to build a following on topics such as “Alabama football, or gardening, and then there are certain accounts that were focused on kind of divisive issues of race and religion.”

And after building, in some cases, hundreds of thousands of followers, “they’d start filtering in Russian propaganda,” Warner said.

The Senate Intelligence Committee investigation into how exactly Russia interfered in the election is still active. The troll house in St. Petersburg is believed to be active as well.

In the next part of the “Tale of a Troll” series, Americans are warned as the 2018 elections approach. 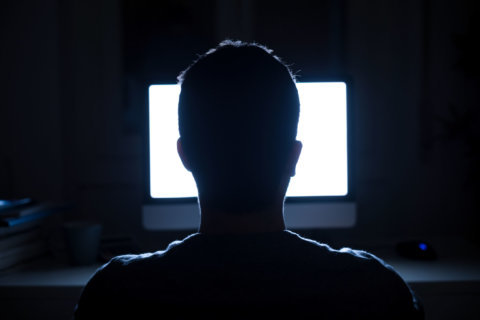