Amid growing criticism and sanctions over its alleged role in the poisoning of a former spy and his daughter, the Russian government is blaming others — including businessman Bill Browder.
Listen now to WTOP News WTOP.com | Alexa | Google Home | WTOP App | 103.5 FM

WASHINGTON — Amid growing criticism and sanctions over its alleged role in the poisoning of a former spy and his daughter, the Russian government is blaming others — including American businessman Bill Browder.

But the news was no shock to him.

“After the Russian government accused me of being a serial killer, I stopped being surprised by anything they’ve come up with,” Browder told WTOP’s J.J. Green.

Browder is the CEO of Hermitage Capital Management in London.

On March 12, British Prime Minister Theresa May offered the Kremlin a chance to absolve itself of the nerve agent attack on former Russian double agent Sergei Skripal and his daughter on March 4 in Salisbury.

“Sarcasm, contempt and defiance,” is how May described the Russian government’s response.

“There is no alternative conclusion other than that the Russian State was culpable for the attempted murder of Mr. Skripal and his daughter — and for threatening the lives of other British citizens in Salisbury, including Detective Sergeant Nick Bailey,” May said on March 14.

Attempting to push back on Russian State TV, Kremlin propagandist Dmitry Kiselyov said the attack could’ve been carried out by any of several organizations or individuals on March 19.

In an extensive interview, Browder said he has become a target of the Russian government, particularly Vladimir Putin, after uncovering rampant corruption in Russia.

“Eventually the corruption that I was exposing ended up going into the hands people who were very politically, highly connected in the Putin regime,” Browder said. “Eventually, those people went to Putin and said, ‘We need to stop this guy.’”

On November 13, 2005, Browder discovered just how serious the situation was.

“As I was flying back into Russia after having gone away for the weekend to London, I was stopped at the Moscow airport,” Browder said. “I was detained in the airport’s detention center, and I was deported and subsequently declared a national security threat to Russia.”

He later learned that Russian authorities had raided his company’s offices, seized its legal financial documents and secured a $230 million tax refund from the Russian government in his company’s name.

He hired attorney Sergei Magnitsky to investigate his belief that Russian authorities stole hundreds of millions of tax dollars his firm paid after he was deported.

Magnitsky’s investigation turned up evidence that a gang of individuals had indeed defrauded the Russian government of hundreds of millions of dollars.

But Magnitsky ended up in jail.

“Five weeks after Sergei testified against these corrupt officials, these same officials he testified against came to his home, at 8 a.m. on the 24th of November 2008,” Browder said. “They arrested him and put him in pretrial detention.”

Magnitsky never made it to trial.

“He was then tortured to get him to withdraw his testimony against the corrupt police officers and sign a false confession saying that he had stolen the $230 million on my instruction — and he refused to do that,” Browder said.

Magnitsky died in a Moscow prison in 2009.

In Magnitsky’s honor, Browder campaigned for the Magnitsky Act, legislation passed by the U.S. Congress and signed by President Barack Obama in 2012, punishing Russian officials for Magnitsky’s death.

Browder said his actions made him Vladimir Putin’s “No. 1 enemy.” He lives with that worry every day.

“The Russians are doing everything they can to try to get me, to try to kill me, to try to stop me, to try to intimidate me,” Browder said. “There are probably 250 people working full time inside the Russian government at any given moment trying to destroy my life.” 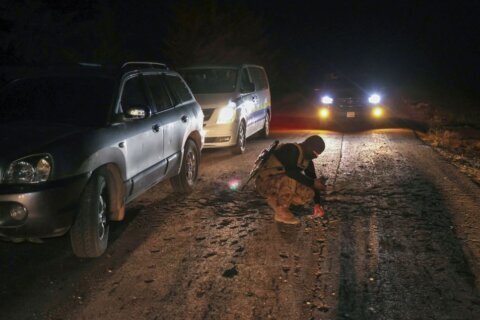 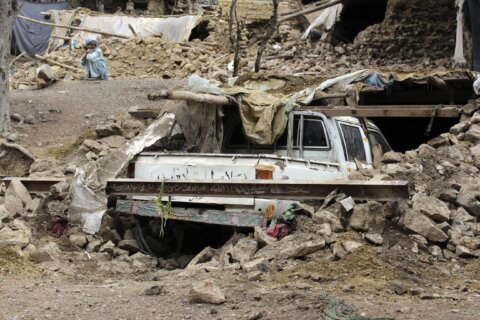