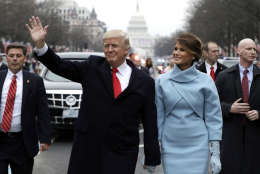 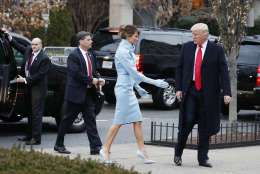 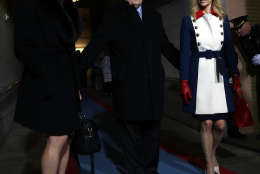 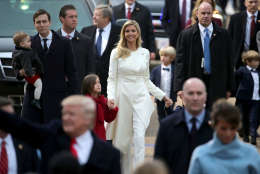 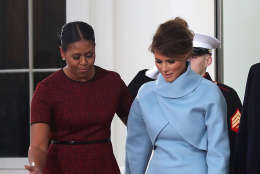 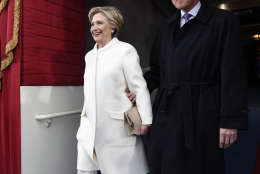 It’s worth noting, however, that Melania Trump’s designer also dressed her husband’s bitter rival. Hillary Clinton donned a cream-colored Ralph Lauren pantsuit reminiscent of the one she wore when she accepted the Democratic party’s nomination for president back in July.

For the most part, the sartorial vibe was largely conservative, keeping in step with the past.

She topped the look with a bright red cap.